So, I’m sitting on a plane at Nice airport having facilitated interviews for Unilever’s top marketers with the cream of the world’s media throughout the week of the Cannes advertising festival. I’ve woken up journalists who’ve been ligging the night away to make sure they make their appointments with my people in good time. I’ve smoothed over statements that might be ‘misinterpreted’ if not put in the proper context. I’ve overseen photo shoots. I’ve briefed television interviewers from India and the UK and rehearsed my people to ‘be themselves – only more so’. I’ve wined and dined with agencies. This, I say to myself, is what international media relations is all about.

The plane I’m on however, fails to take off, one engine – alarmingly – stubbornly refusing to start. They (British Airways) keep me on the plane on the tarmac so long that I miss the next flight out, that my super-efficient Unilever staff had managed to get me on whilst all others on the plane are resigned to a night in a Nice airport hotel. All other flights to London from Nice are full. I face the prospect of flying via Zurich, with a two-hour stopover. Meanwhile, an issue has arisen that needs co-ordination across several of our major markets in a variety of different time zones. This, I say to myself, is what international media relations is really all about.

I’m not telling you this to impress with my jet-setting lifestyle (I’m more usually to be found on the distinctly less glamorous London-Rotterdam route). Nor to have a moan about British Airways (they credited me with extra air miles and a fulsome apology). But rather to illustrate the fact that international media relations is about both feeding an increasingly global media and about dealing with issues that jump national border with alarming speed, often without warning. More than this though, it is about consistency and appropriateness.

What’s the best way of handling it all? Well, on my rare appearances at PR conferences and the like, I often feel like I’m holding up the emperor’s new clothes when I explain how I do things at Unilever. It is, it seems to me, much more about common sense than it is about smoke and mirrors. But that of course is one of the keys; it’s actually about experience.

So, what follow are, if you like, Gorin’s Golden Rules of Global Media Relations. Here are my emperor’s clothes.

So now you know where to do your talking.

Rule 2: Know what you want to be famous for

You can generally get coverage for pretty much anything somewhere. However, you probably don’t want your business to have a reputation for just talking about whatever it can whenever it can wherever it can. What is it that your business should be renowned for? What is the ‘brand essence’ if you like, of your business? It’s usually made up of a small number of attributes – five or six in the case of Unilever. Hone a framework of themes and messages that people across the world can use consistently – not in a prescriptive way, but in an appropriate way.

So now you know where to do your talking and what to talk about.

Determine who it is that have influence on the business environment your company operates in. If you work for a brand, it’s consumers. If you work in the corporate world, it’s probably a fragmented set of audiences – regulators and administrators, partners, NGOs and campaigners, employees and potential employees, shareholders and potential investors. Find out where they get their information, what media they ‘consume’ and prioritise – as appropriate.

Now you know where to do your talking, what to talk about, who to talk to and which channels to use to reach them.

Rule 4: Build and maintain your relationships

Where can you add the most value? By knowing stuff that others don’t. You need to constantly work hard to build relationships with journalists – for now and for later. Journalists change jobs more than they ever used to and they have more to do than they used to, so they don’t get out so much.

Gone are the days of whiling away an afternoon on the pretext of pitching a story. You need to know what’s going on in your key media channels – be they newspapers, TV channels, websites, radio stations or magazines – what journalists are thinking on topics relevant to your business. Only then can you help your business position itself appropriately. Only then can you have the courage to say ‘no’ to your CEO’s latest media wheeze.

Now you know where to do your talking, what to talk about, who to talk to, which channels to use to reach them and which journalists to target at any given time.

You don’t need an army of people, but you do need people who know what they’re doing. Experience is essential. Too many times I’ve seen ex-marketers put into media and communications roles, only to have the business belatedly realise that it doesn’t work. When you’re working in the international arena, this is doubly true.

Media might be becoming increasingly global in the speed in which news travels, but it’s still largely local when it comes to how the media operates in any given country. You need to have access to people who know how it works on the ground. They will know how to use the framework you have established – what’s appropriate. You also need to help people get more experience – in both the type of media they deal with and in the differences between countries.

Now you know where to do your talking, what to talk about, who to talk to, which channels to use to reach them and have people who can use them in the right way.

Rule 6: Invest in tools and processes

It sounds dull, but having set ways of working, having basic tools to enable real-time information to be shared is essential if you don’t want to make a mess. With journalists more and more working in teams (admittedly often not very well) across geographies, you cannot afford to have some of your team off the pace.

Now all your people can know the same things at the same time.

Measurement in media relations and PR is notoriously difficult, but first, you need to set a baseline. You need to know where you’re starting from and you need to know it in all your key countries. So not only do you need measurement, but you need consistency in measurement. It is only with this in place that you can begin to determine how successful your execution has been when you evaluate it and where you need to change things.

Now you know where to do your talking, what to talk about, who to talk to, which channels to use to reach them, which journalists to target. You have well-informed people with the same tools able to do the job and you can tell whether anything you’ve done has made the blindest bit of difference. Now that’s what international media relations is all about.

Oh, there goes my phone. 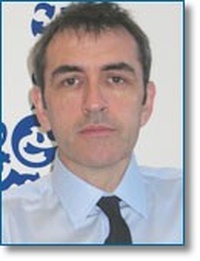