Those envious of a leisurely lifestyle had best look away now. Former PR consultancy boss Nigel Kennedy is having the time of his life during a long-awaited career break.

As I sat enjoying a light lunch with a former colleague towards the end of February, she remarked that a number of people had asked her what Nigel was up to. "What did you tell them?" I enquired. "Lunching" she replied!

A large number of friends, former colleagues and business associates have indeed kindly lunched me since I left Grayling at the end of December after 16 years and embarked on a career break.

I have to call it a ‘career break’ because my wife has banned ‘retired’ from the domestic vocabulary. When I first raised with her my provisional plan of doing precisely nothing – or at least nothing remunerative – in the early months of 2010, she was opposed. I’d be getting in her way, disrupting her lifestyle, hogging the laptop. My arguments about a break being well-deserved after working for 30 years initially fell on deaf ears and, while I’m not sure that I ever won the ‘well-deserved’ argument, I just about won the overall battle.

Writing about my career break at the end of the first 10 weeks, I hesitate to describe it in its full glory for fear of reprisals.

However, it is not without its challenges, starting with the acquisition of a mobile phone. If you have always had one provided by your employer, you will be totally unfamiliar with the range of choices and the apparent complexity of the whole mobile telephony industry. I went out shopping for a new phone three times before I came home with one. My wife remarked that she couldn’t understand how I had run a consultancy for so many years if I couldn’t choose a mobile phone. But she missed the point. The questions fired at me by mobile phone sales staff almost reduced me to tears. How many calls do I make each month? I had no idea. How many texts do I send? Even less idea. How many pixels should the camera boast? I rarely use my phone as a camera. And try telling them that you’d just like one that makes and receives calls.

A decision without choice

I went for an iPhone because it seemed the best option for exchanging phone calls and checking emails. Don’t expect any consumer choice. There may now be several networks providing iPhones, but they all seem to have the same structure and range of pricing and service.

Which takes me on to social networking and, more specifically, LinkedIn. I joined it. You see the same people each week braying about themselves. If they were really as important as they’d like you to believe, they either wouldn’t have time for all that braying, or they’d have someone to do their braying for them.

Nevertheless, it’s an excellent vehicle for re-discovering people you didn’t know you knew. But sadly LinkedIn has no sense of humour. I felt I should update my profile – which LinkedIn regularly informed me was only 25% complete anyway – and told the faceless online form that I was no longer Group Chief Executive of Grayling. It insisted on knowing the name of my new employer. Not having one wasn’t an option. With tongue in cheek, I inserted ‘Fresh Air & Dog Walks Inc’. That wasn’t enough. LinkedIn needed to know my new job title. In desperation I offered ‘Free Spirit’. Before I could finally escape it invited me to supply details of Fresh Air & Dog Walks Inc, as well as defining its industry category, so that all those unsuspecting associates I didn’t know I had out there could learn about this enterprise. I ticked the box for travel and leisure.

Actually it was a reasonable choice. The dog – a miniature schnauzer called Tottie, ostensibly because of her alleged affection for Tottenham Hotspur – is undoubtedly one of the biggest beneficiaries of this career break. After our extended morning walks along the banks of the Thames, she lies under my desk and snores loudly.

The exercise doesn’t stop there. I have been mad enough to sign up for the squash leagues at my local sports club. I’m bored with people wanting to tell me that Leonard Rossiter, the actor who brought Reginald Perrin and Rigsby to our TV screens, died of a heart attack in spite of – or perhaps because of – being a fanatical squash player. My wife bought me a new racket, after she had studied my life insurance policy.

What do I do at my desk while Tottie snores? I’m catching up on 16 years of domestic admin and paperwork. It’s endless. I’ve just got to the alumni’s annual report for 2007 from my old college.

And what about the losers in this new, temporary lifestyle? My weight isn’t going down. For every exemplary lunch of smoked mackerel and salad at home, there’s a pub lunch with an old friend. London’s transport operators aren’t doing well. I’ve replaced my season ticket with a pay-as-you-go Oyster card, and the local dry cleaners are suffering: no suits means no dry cleaning bills.

The dog is not alone

As for the beneficiaries, the dog isn’t alone on the list. My wife thinks it’s all fine on the days she phones me from some extended social engagement or shopping trip and allocates to me the school pick-up at short notice. And the subject of the school pick-up is pleased. I’ve supported him in almost every rugby, football, basketball and cricket match (indoor) that he has played in since the start of the year. My younger daughter isn’t complaining either. Not yet anyway, although she might be when she gets the results of her university finals in three months. She sent me her 10,000 word dissertation for me to read, comment upon and improve.

I shall go back to work soon and then it will all become a distant, but very happy, career break memory. 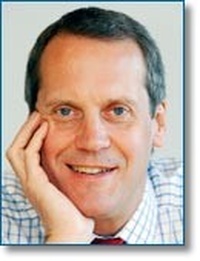 Nigel Kennedy is revelling in his time away from an office.