How an organization responds in the early stages of a crisis can make a big difference to its reputation. Mark Herford offers insight and best practice tips on handling a crisis in a way that minimises reputational damage.

Remember Exxon Valdez? The Three Mile Island nuclear disaster? How about the sub-prime mortgage crisis in the US? These disasters are etched in our memories as communications professionals as having damaged reputations of high profile organizations around the world.

But – do you remember the Braer disaster? “The what?” I hear you ask. The massive 85,000 tonne oil spill off the coast of Scotland from the grounded Braer, operated by Canadian Ultramar Ltd., was far larger in terms of tonnage of oil spill than Exxon.

At the time (January 1993) it received very high profile global media coverage – much of it positive – but few of us now remember it. Why is it that some crises become embedded in the community psyche for decades while others – often of greater impact – sustain attention for only a few days or less and cause little or no reputational damage?

Some of this is down the nature of the disaster and how quickly the problem can be solved. The sub-prime mortgage crisis has had far-reaching ramifications and knock-on effects that will be with us for a long time. A collision at sea or airline crash occurs in an instant and the shockwaves are often limited to a short period immediately after the event itself.

But I would argue that Three Mile Island, Exxon Valdez and many of the top 10 crises of 2007 listed in The Holmes Report had such a negative impact on the reputations of the companies that spawned them because, in many ways, the real crisis was a crisis of communication: the organization affected added unnecessary fuel to the fire by failing to respond with immediacy, with the right messages and to the right audiences.

Let’s take Three Mile Island. As Bob Dilenschneider rightly points out in his seminal work on corporate communication Power & Influence: Mastering the Art of Persuasion, Three Mile Island highlighted the importance of responding as early as possible in the life-cycle of a crisis. As events turned out, the actual crisis was one of communications (or lack of it) rather than any threat posed by developments at the plant.

Management of Metropolitan Edison, the utility directly involved and responsible for communication strategy in response to any incident at the plant, is reported to have waited more than one week before taking any action on the communications front, preferring to consult with lawyers and batten down the hatches in the vain hope that things would go away rather than communicating and influencing the court of public opinion.

And the negative impact of a crisis on an organization’s reputation can spread globally online in nanoseconds. Particularly challenging is the speed at which news of the crisis – and negative comment surrounding it – can spread virally in chat rooms and via social networks for hours or even days before news of the crisis reaches the corner office.

Every crisis has a defined ‘life cycle’ which starts with an early warning that something has gone wrong and then extends over days, weeks or months until the incident has been addressed and operations ‘return to normal’. At various points in this life cycle, developments may put added pressure on the company and its crisis response team – for example, an allegation that normal safety precautions had not been taken, or a government directive that the company stop production until the cause of the incident has been determined and remedies put in place.

An early response makes for lower impact and reduced reputation damage. Generally, the more open, proactive, rapid and comprehensive the response, the less adverse impact there is on the company’s reputation, business operations and relationships with stakeholders.

In our globally connected, always-on world, a disaster or serious incident even in a remote part of the world can become global news in a matter of minutes. So what you and your crisis response team do in the first 24 hours after as crisis strikes can determine the very survival of your organization.

The diagram below highlights that there is generally much more opportunity to influence stakeholder perceptions and overall reputational impact early in the crisis than later as events unfold.

Management of Canadian Ultramar Ltd, the company that operated the Braer, recognised that its own response in the first 24 hours could determine the very survival of the company. It took the advice of its communications specialists, and communicated openly and proactively, keeping all stakeholders and the media fully informed about the facts and on actions being taken by the company itself, environmental and wildlife groups, and by volunteers from British Gas.

The crisis communications response team was mobilized within minutes of learning of the accident, immediately invited journalists to visit the scene, put them up in local hotels close to the disaster site, provided them with hourly status updates and gave them unrestricted access to company spokespeople. As a result most of the media coverage focused positively on the efforts the company was making to bring the situation under control and minimize environmental impact.

Is there a blueprint for what an organization faced with a crisis should do in the first 24 hours? The simple answer is “NO” for one good reason: no two crises are ever the same. But no matter what the incident or disaster, the following10 Best Practice Principles apply and can help an organization minimise reputation damage:

1. Get ready before the crisis hits: The more you can plan ahead with scenario-based holding statements, key messages and a ready to activate ‘dark’ Intranet site, the better placed your organisation will be to go out quickly and proactively… and the better are you placed to drive the dialogue.

3. Activate the Crisis Team and the Crisis Room: You need to have your crisis response team in place – and in one place – fast. Decide who needs to be in the Crisis Room and brief them immediately. They need to work together with clearly defined roles. Make sure the room is always available and fully equipped with telephone lines, intranet and internet access, teleconference and/or voice conferencing facilities, contact database and recording facilities... and that these can be made operational in a matter of minutes.

4. Get out early – control or influence the dialogue from the outset: Be ready early on with an initial statement about the crisis and action being taken for issuing to media and affected stakeholders. This maximizes your chances of being seen as in control of the situation and the primary source of information as the crisis unfolds. By being in control of the dialogue, you maximize the chances that your messages will be understood and accepted.

5. Make sure you get an initial statement out to media and key external AND internal audiences within the first hour of learning of the crisis – no matter what time of day or night it is. News and the Internet are 24x7x365. Remember that many of your employees – as your organization’s ‘daily ambassadors’ – will be on the front line with customers, suppliers and other key stakeholders, so they need to know quickly what they can and cannot say, and where to refer enquiries.

6. Lead with the facts. Facts enable your Crisis Response Team and all affected stakeholders to understand WHAT has happened and what needs to be done to minimize any adverse impact. Facts also help to neutralise emotion, panic and other negative reaction and put the incident into context. In all internal and external communication, make sure you use facts, avoid speculation, neutralise the emotion, and avoid admitting liability.

Experience from around the world and across industries shows that the following five key things are expected from the company at the centre of an incident:

Make sure these five elements are addressed in all external and internal communications about the incident.

8. Put the incident into context: In the heat of the crisis, it is all too easy to lose sight of the bigger picture and to respond defensively to aggressive questions and emotionally charged commentary. For this reason, make sure that your communications put the incident or crisis into context – for example, a statement that this is the first time an incident of this kind has occurred anywhere in your organization’s operations over a 20 year span.

9. Don’t speculate on the cause of the incident or the likely outcome: Resist pressure from journalists and avoid speculating on the cause or likely outcome of the incident before the facts are known or the results of our investigations into the cause are completed.
10. Provide regular updates to all affected stakeholders: This means making sure that you don’t allow a communications vacuum to occur. So make sure all enquiries are handled and responded to promptly; issue regular updates to media, to online communities and to all affected stakeholders.

When there is a lapse in the frequency of communication resulting in a vacuum, media and stakeholders will speculate as to why your organization has fallen silent and 90% of the time, this speculation will be negative.

Following is a simple checklist for the vital first four hours. It doesn’t cover every type of crisis or incident, nor does it cover every contingency, but it should set you and your crisis response team off on the right path in being seen to be concerned and taking action, and in giving your best shot in protecting your organization from serious reputational damage. 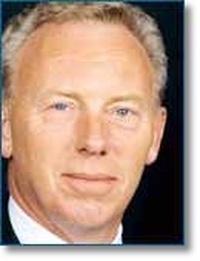