The diverse nature of Africa’s political and economic landscape gives public affairs practitioners active in the Continent plenty to consider. By Nomalungelo Faku.

The plurality of Africa’s 53 countries as sovereign states – with their multiplicity of constituencies, cultures, interests and agendas – poses challenges for the ambitions of regional public affairs strategies. This is compounded by the reality that many of the countries in sub-Saharan Africa are nascent democracies.

Today, one-third of African countries are democracies, so it is easy to forget that a large number have only been true democracies since the 1990s. This is particularly true of Southern Africa. Even with progressive constitutions, relative wealth and development, as is the case with South Africa, there remain issues of governance, public engagement and interpretation of the constitution itself that still pose challenges.

The helicopter operator is often assured an audience by virtue of mentioning the client’s name. In true helicopter style, these consultants tend to hover over a single issue, land for multiple dialogues and leave with the satisfaction that given their market power the government is in no position to oppose them.

Often, this approach has been questioned by national management which has to sustain or correct positions and perceptions that remain once the helicopter has taken off into the beautiful African sunset.

Today, South Africa is the continent’s largest investor and has earned the title as Africa’s gateway. Many corporations who have extended successfully into Africa share some stories of unsuccessful entries, national nuances and faux pas that have sometimes left a sour aftertaste to an otherwise sweet deal. Most express the need for a credible public affairs operation that supports them, interpreting and navigating the national nuances that have the ability to turn stable markets into civil war almost overnight.

What is of interest is that despite the expansions of corporations and those who have gone on to build solid operations, their national public affairs support has not appeared to parallel their growth with a solid offering or African presence. Many public affairs agencies claim intermittent affiliations across the continent.

A number of multinational public affairs agencies have entered at various points, including South Africa and Kenya as part of their gateway to Africa strategy. The question that must be asked is, does South Africa with its parallel economies and the sophistication of its first world economy actually provide this gateway for multinational communications companies in the same way that it does for other industries?

Few have built sustainable public affairs offerings which offer regional public affairs leaders the assurance of practice, experience and consistency between markets that can be offered from a pan-European agency, for instance. I accept that it is not easy, but it must be done. In order to do it, we must define how we engage and what we engage on, in order to give meaning and relevance for public affairs in Africa.

This requires acknowledgement of South Africa’s current circumstances as a nascent democracy and aspirations as articulated in our regional structures such as the Regional Economic Communities and the African Union.

Simultaneously, successful public affairs agencies must interpret the means of engagement for clients who sometimes operate in advanced democracies and have expectations of how engagements in democracies “should be.” This is particularly important in corporate structures that include Africa in Europe and the Middle East where the revenue generation is stronger in regions other than Africa.

Lastly, public affairs must demonstrate the ability to meander the landscape. Only from an ability to use plurality by drawing parallels, developing case studies and sharing successes across the regions will credible pan-African strategies emerge.

The test is whether public affairs practices in Africa can rise to this challenge. 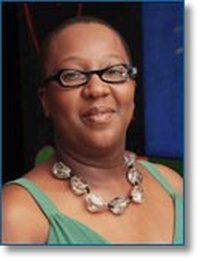 Nomalungelo Faku is managing director of APCO Worldwide in Johannesburg. She writes in her personal capacity.