The 47-storey Dentsu building slices through the Tokyo skyline like a shark’s fin swathed in glass. Every day, around 6,000 people come to work here for the world’s fifth largest advertising organization, whose gross profit of more than US $2 billion is largely generated in Japan.

Entering the building – which was designed by the French architect Jean Nouvel – is like stepping into the first-class lounge of a spaceport. The lobby is an infinite ballroom lined in marble and steel. The round reception desk seems to hover silently, cradled by softly glowing panels. Glossy-haired receptionists in silver-grey uniforms beam immaculate Shiseido smiles. An exposed glass elevator threads through a mesh of steel as your stomach plunges into the receding city.

I spent almost a week visiting Dentsu and I never got a handle on the geography. Perspectives seemed to warp and elide. There were entire floors of restaurants. The executive floor looked more like a museum, with priceless works of art on the walls.

On other floors, rows of desks tapered into the middle distance. To get an idea of the organization’s bustle and hum, I was encouraged to visit its website, where vertical multicoloured columns tracked the elevator movements in real time.

Dentsu remains reliant on Japanese billings for 90% of its income to this day, but it recognizes that this is a potentially vulnerable position and has fought insularity. In 1981 it established a joint venture with Young & Rubicam called DYR. This allowed the US agency to enter the Japanese market while giving Dentsu access to the United States and Europe.

Dentsu also showed considerable foresight by opening a branch in Shanghai that same year. It has since become one of the most prominent overseas agencies in China, with about 1,000 employees spread across 13 offices. In addition, it has a strong network of subsidiaries throughout Asia, with a more muted presence in Europe and North America. It acquired the UK’s Collett Dickenson Pearce in 1990.

The collapse of Japan’s ‘bubble economy’ in 1991 and the subsequent lapse in consumer spending heralded a change in the way that Japanese agencies did business. At that point they were essentially media brokers.

Although they developed creative product, the spots were compressed to 15 seconds in order to cram as many as possible into a break. But Japan’s newly cash-strapped consumers now required a bit more persuasion before they reached for their wallets.

In order to convince them, advertisers would have to build attractive brands, which meant paying more attention to creativity – an area in which the agencies were weak. Their evolution from commodity providers to creative resources is still ongoing.

In addition, the arrival of satellite TV and the internet threatened Dentsu’s dominance of the media market and offered new avenues for advertisers – as well as a way for smaller, nimbler agencies to break through the blockade.

Further strengthening client services, Dentsu established partnerships to accelerate its advance into the overseas market. In 2000 it invested in the Bcom3 group of agencies, which included Leo Burnett. The following year it went public, with a listing on the Tokyo Stock Exchange. The acquisition of Bcom3 by Publicis gave Dentsu a 15 per cent stake in the French advertising group.

Dentsu is the world’s largest single agency, with more than 6,000 clients and 16,000 employees worldwide. As well as providing traditional advertising services, it has departments handling sales promotion, corporate communications, TV content rights, event marketing and internet solutions. It still controls about a third of all traditional media space in Japan.

Slashed to only a few seconds, Japanese ads blurt from the screen like brief, iridescent bubbles. But while Western creatives reared on ‘mini movie’ commercials might sneer at this pared-down format, it slots perfectly into Japanese culture.

Dentsu chief creative officer Kunihiko Tainaka says, ‘TV commercials in Japan try to place an emphasis on fast, emotional impact. You’ll often find simple words and phrases, songs, jingles and highly memorable characters. The aim is to stand out from the other commercials. We have the feeling that Western advertising is very rational: it’s marketing oriented and strategic. Our advertising is media oriented and instinctive.’

The compressed format springs partly from tradition. In the early days, running a TV ad conveyed such high status on a brand that 15 seconds sufficed to make the point. But it transpired that viewers were predisposed to swallow these bite-sized spots.

Tainaka explains that Japanese advertising has clear links with another, much older aspect of the country’s culture: haiku, the beautiful one-line poetry whose best-known proponent among westerners is probably Bashô. ‘This is an art form entirely based on symbolism. The Japanese are skilled at reading between the lines so the audience can extrapolate from a single image.’

The ability to appreciate a self-contained world without insisting on narrative may explain Japan’s pre-eminence in the field of video games. Even its famous Manga comics demonstrate a non-linear approach to storytelling.

Executive creative director Akira Kagami says, ‘Outside Japan, comic books are generally story-oriented. Manga tend to be situation oriented. Once again, the approach is more abstract. You can see Manga strips with just four panels. Even two is occasionally enough.’

He points out that the accusation of lack of creativity based on the brevity of Japanese commercials is unfair. Selling a product in 15 seconds is a skill in itself – and when you have only a few words to play with, precision is everything.

‘Strangely enough,’ he adds, ‘as digital media take hold and attention spans become shorter, I have the feeling that advertising in other markets is becoming more like our own. In the seventies and eighties, there was a much bigger gap in comprehension between Western and Asian audiences, which was reflected in our performance at international creative competitions. But since the 1990s, Asian creativity has been welcomed and admired.’ 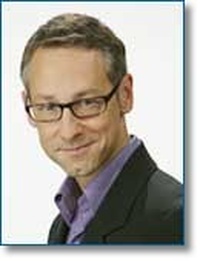 Mark Tungate is a British journalist based in Paris. He is the author of the bestselling Fashion Brands: Branding Style from Armani to Zara, published by Kogan Page. He writes the text for the annual Epica Book, a roundup of the best European advertising. In France, he is co-presenter of a weekly TV show about advertising creativity.