A Word on Word-of-Mouth


Matt Kucharski and Crispin Manners chart the emergence of PR 2.0 and argue that those communicators adept at harnessing the power of social networks and online interest groups will achieve success through compelling recommendation.

Some public relations purists seem to be giving a derisive sniff to all of the attention paid to word-of-mouth and word-of-mouse marketing. They contend, and rightly so, that new innovations have always had vocal early adopters, and publics have long sought out communities of interest to help them make important decisions.

The complaints revolve around the fact that other related but sometimes competitive disciplines – advertising, direct marketing, Web marketing, research and even management consulting – are “stealing” the word-of-mouth concept and calling it their own.

Get over it. The time you spend complaining is time you should be spending polishing your word-of-mouth skill set.

Earlier this year, we arranged a meeting with six of our colleagues in the Worldcom Public Relations Group to compare notes on each agency’s word-of-mouth marketing programs. In reviewing each firm’s word-of-mouth formal and informal programs, we found a common thread that runs through all our effective word-of-mouth efforts.

Below are a few of the most prevalent themes:

You Can’t Do It Without Research

Quite possibly the biggest difference between today’s word-of-mouth programs and the ones conducted in the past is the ability to ground the program in research that improves the likelihood of its success.

Bain Consulting Group has pioneered a “Net Promoter Score” that assigns a score to a company’s recommendability based on a single question: “How likely would you be to recommend this company’s product or service to someone else?”

Getting into the hearts and minds of an organization’s biggest fans and worst detractors is critical to creating your cadre of word-of-mouth advocates. Without research, you’ll be guessing, and you’ll likely be wrong – more importantly you will be missing an essential metric to prove if your efforts are paying off.

Don’t get hooked on the fact that WOM stands for word-of-mouth. It might just as well stand for word-of mouse. If you’re a homeowner or do-it-yourself type, you probably have a can of WD-40 on a shelf somewhere in your basement or your garage. The product has been around for more than 50 years, and people have been recommending it to friends, neighbors and colleagues for just as long to solve problems ranging from a squeaky door hinge to removing tar and dead bugs from bumpers and windshields.

By creating an online WD-40 Fan Club, the company with the help of Nuffer Smith Tucker public relations, was able to give those passionate fans a more efficient way to share their experiences. The power of that fan club became evident when the company polled its members to identify the top uses for the product. The company had originally hoped to generate a list of 200 uses. It got back more than 360,000 submissions that led to a final list of 2,000 with more coming in every day.

As ad agencies and direct marketing firms have jumped on the word-of-mouth bandwagon, most of the focus has been on use of the technique for attracting consumers. However, members of the Worldcom Group agreed that companies just getting started on formalizing their word-of-mouth efforts can be equally well-served focusing on more specific publics or audiences.

B2B marketing, for instance, clearly has significant opportunities to become more disciplined at word-of-mouth. A number of studies have shown that the higher the risk associated with the purchase decision, the more likely the customer is to rely on friends, colleagues, and experts for advice rather than impersonal channels like traditional advertising and direct marketing.

It stands to reason, then, that B2B products and services, which generally are “make or break” propositions, are more apt to be adopted through word-of-mouth than many consumer products, where the consequence of a bad decision is hardly long-term.

And don’t forget word-of-mouth in the non-profit world. As one component of a broad-based social media program, Padilla Speer Beardsley created a MySpace page for the National Marrow Donor Program (NMDP). A MySpace presence provides an opportunity for patients, families, donors and others to share their stories, and invite others to become a friend to the NMDP.

The site (www.myspace.com/marrowdonation) hasn’t yet been officially launched, but is steadily building a base of friends (135 at this writing) just through – what else – word of mouth!

For those of you practicing public relations who believe that word-of-mouth is nothing new, and that there’s little to be learned from today’s successful campaigns, it’s time to think again. We live in the world of Web 2.0.

Access to faster, less-expensive research, widespread adoption of social networking tools and the rise of consumer influencers show that it’s time to usher in PR 2.0. A better understanding of the role of personal recommendations on the success of a product or service should compel every practitioner to re-examine their attitudes toward what is arguably the world’s oldest public relations technique: Word of Mouth. 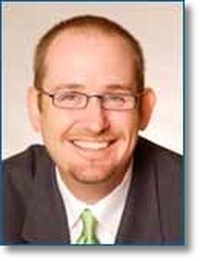 Matt Kucharski is SVP at Padilla Speer Beardsley public relations, with offices in Minneapolis and New York. He is a key member of the agency’s B2B marketing and crisis practices. He also serves as an adjunct instructor in public relations and advertising at the University of Minnesota. 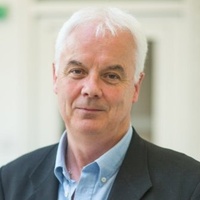 Crispin Manners is Chief Executive of Onva Consulting and Chairman of The Employee Engagement Alliance.