A Vote for Stability and Progress


Positive leadership and inclusive growth are paving the way for India’s future due to successful democracy on an epic scale, writes Radhika Shapoorjee.

When more than 400 million voters went to the polls earlier this year in the largest democratic process in the world, people, pundits, and politicians alike thought they were all a part of the mournful swan song of single-party rule in India – which they expected to be replaced by the jarring notes of a hung parliament and a coalition jamming session.

Worse, some even imagined fragmented third and fourth fronts replacing the two main political parties with a tune played out by communist tenors, caste bands, and communal symphonies.

And the reason for this disharmonious outlook was the negative social environment, recessionary economic outlook, and divisive political scenario that had gripped the nation in its gloomy grasp and was casting a long shadow on its future.

Unlike all other parties in the fray, the Indian National Congress led United Public Alliance (UPA) did not prey on this negative sentiment to win votes. Instead the Congress Party led by Dr. Manmohan Singh, chose to highlight the positive changes taking place within India.

At a basic level the UPA showcased its successful educational, employment, agricultural, and financial programs. On another level, the party showcased overall growth in infrastructure and services across the country, and its orientation towards youth and women.

And to top it all, the leadership of the Congress Party led by the omnipotent Sonia Gandhi and her charismatic son Rahul Gandhi rose above dynastic compulsions, and single-mindedly put its weight behind the clear-thinking, integrity driven leadership of Dr. Manmohan Singh, for Prime Minister of India.

Enter the decisive vote of the people

Somewhere along the way, the negativity of the opposition and other political parties proved to be their undoing. In a nation weighing heavy with gloom, its people were in no mood to entertain the doomsayers and instead voted for continuity and stability, consistent growth and development, and a clear and focused professional leadership – the Congress and the UPA.

By voting for the Congress, the people of India voted for good governance, stability and progress, and by voting so decisively, expectations are riding high. Indeed the recent budget, although derided by the markets, was pragmatic and supportive of the 7% GDP growth target the government has set for next year. And although the fiscal deficit continues to be an area of concern, the government’s strategy of ensuring more money remains in the hands of the common man through proposed taxation changes, will help drive domestic demand, a key driver in India’s long term growth story. India has the ability to ride through the recent drought situation as its dependence on agriculture has considerably come down with other sectors like the services, manufacturing, infrastructure, Telecom, healthcare etc leading the way.

All said, the budget is preparing India for sustainable growth, ensuring enablers such as infrastructure creation are intact and India retains its position as one of the world’s fastest growing economies.

India means business – in more ways than one

In the new world economy and scenario, India is a great place to be.

But for those planning to set foot here or already treading its shores, here is what the election results tell us about the expectations of the new Indian:

• Awake and Aware: The new Indian is awake to the rest of the world and of his and her importance in it. Businesses need to reflect that at every interaction.
• Believe in the best: The new Indian wants nothing but the best and is willing to pay for it. Also-vous and second-hand products will not do.
• Service Above all: Gone are the days when Indians served poorly and expected even less. Service quality is the new Indian mantra and a prerequisite for success in the country.
• Good Corporate Governance: Whether an employer, B2B partner, or a seller of products and services, the new India expects good corporate governance all around.
• Business as a Force for Good: Businesses that are serious about India need to consider their role over and above just mere selling, and more as a force for good be it through playing an active role in the advancement of their industry, or giving back to the environment - no longer nice to haves, but essential in the new India.

The Manmohan Singh Government has laid out the most ambitious agenda for the future of India. There is evidence of considerable thought and planning and a huge commitment on accountability and delivery. This agenda will shape the future of the new emerging and forceful India. And for India that means business, more than ever. 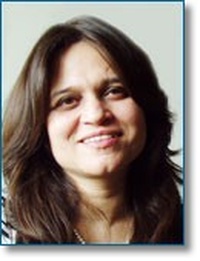