ITL #355 Gambling problems: how purpose and sustainability would have saved the betting industry in Kenya


Things would have turned out far better for Kenya’s once high-flying betting companies had they spent less time cultivating a brash image and invested more in stakeholder management and a sustainable positioning. By Amy Wahome.

Social media in Kenya erupted in early October 2019 when SportPesa sent its 400 employees home at the end of a bad eight months for the company.

Opinions were split: while some rejoiced at the closure of what they deemed a destructive company that had damaged the lives of many Kenyan youths, others were unhappy that the Kenyan government had engineered the shutdown of a Kenyan business without good reasons. There were also those who, tongue-in-cheek, predicted the end of the betting craze in Kenya.

SportPesa had grown over the past five years into Kenya’s most popular betting company, with a variety of studies showing that it was the preferred option for many of those who place bets on football matches across the country.

It was certainly visible, growing from small shops in major towns across Kenya into a major advertiser.

Along with SportPesa was Betin, which had as its advertising ambassadors Kenyan football star MacDonald Mariga and former television presenter Joey Muthengi.

Critics of these companies juxtaposed their images of largesse – the companies had huge advertising budgets and SportPesa’s boss had a Range Rover with a personalised number plate that costs Sh1 million (one million Kenyan shillings) – against anecdotes and news stories on the effects of gambling.

There were stories in the press: about a 13-year-old boy who had won Sh100 in a bet with his uncle, another 15-year-old boy, and when he was not paid, committed suicide; a boy who had spent all his pocket money on betting, lost, and had attempted suicide; a bishop who had complained and warned members of his church against betting.

On the legal side of things, both SportPesa and Betin were locked in a row with the Kenya Revenue Authority over how winnings are to be taxed.

As the Cabinet Secretary for the Interior railed against the betting companies, he invoked both the law, saying that they would have to pay the taxes due, and morality, saying that there was no way the government could condone betting.

There was, in essence, a mixture of legal and moral issues that strictly speaking should not have been mixed. When the court eventually decided in favour of SportPesa and Betin’s view of the taxation of winnings, the victory rang hollow.

Betting still continues, minus the celebrity endorsements and flashy advertisements, but the fact remains that the same young people are spending lots of time jotting down odds and anxiously watching football matches going on abroad.

The question of how to regulate the sector remains as the risk has not been resolved.

Going by the research published by the United Kingdom’s Gambling Commission, five per cent of problem gamblers are likely to attempt suicide. This suggests that rather than solve the issue, perhaps all the Kenyan government did was kick the can down the road.

The Gambling Commission has also published regulation to entrench prevention and education on gambling as well as treatment and support of problem gamblers.

Betting, like nicotine or alcohol, remains addictive and there are perhaps a number of lessons to be taken from the regulation that has been developed elsewhere to curb or reduce the harmful effects of tobacco products and alcoholic beverages.

Regulation needs to start with the blocking of access to minors and strengthening age and identity verification like it does with tobacco and alcohol. This would obviously need to take into account the fact that technology has helped increase access but has at the same time provided a better and fool proof way of tracking usage.

Technology-backed gambling would be easier for the regulator, the Betting Control and Licensing Board, to track gambling attitudes and approaches. It would also make it easier for the Kenya Revenue Authority to track and collect the taxes due from both the gambler and the betting companies.

There would also be a requirement for gambling companies to provide funds for the education of their customers and to help identify problem gamblers and potential problem gamblers.

The companies that remained after the fall of SportPesa and Betin should also take the opportunity to learn and invest in stakeholder management, sustainability and the cultivation of a corporate image that creates forgivable companies.

When the attacks and claims that they were making too much money started, the flashy advertisements and personalised vehicle number plates did not help. Forgotten were the millions poured into the local football teams and in supporting even some national teams.

The Gaming Bill that is in the legislative pipeline in the National Assembly offers an opportunity for the government and the gambling sector to make things right in the area. They should both grab the opportunity to apply the lessons learnt and to avoid the sort of tragedies that make both of them look and sound bad. 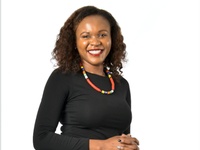