Public Diplomacy Needs to Get Its Groove Back


Following the election of Barack Obama, the world awaits to see which messages the new administration in Washington will communicate internationally. By Roberta Graham.

The U.S. presidential race and the election of Barack Obama generated as much interest outside the country as it did within the 50 states, yet despite the optimism that accompanied the outcome, America will still face major challenges in burnishing the U.S. image abroad. According to a survey by Pew Research Center for the People & the Press, a majority of Americans believe the United States has lost global respect in recent years and 71 percent believe this is a major problem for the country and for the next president.

This needs to change. America’s strength comes from its moral authority to engage the world, and that includes listening to and respecting the perspectives and opinions of other people and other governments – both in the developing and developed nations of the world. And, it would seem that the global constituency is waiting to forgive and forget the past eight years just as deeply as most Americans do.

Our new leader can capitalize on the global interest in this election by developing an algorithm for re-engaging U.S. public diplomacy. While traditional diplomacy is how government leaders communicate with each other at the highest levels, public diplomacy is the means by which leaders reach out to citizens in other societies.

It took a great communicator to be the first to engage foreign citizens. Edward R. Murrow, the legendary CBS journalist and first director of the United States Information Agency under President John Kennedy, believed public diplomacy was a critical element of information exchange and discourse between governments, organizations and the foreign public.

The key element, as Murrow posited, is making sure that we listen and engage with citizens around the world and to use that two-way dialogue to shape a message that will start to win back their hearts and minds, and fuel their imagination.

I think it’s safe to say the conversation’s already begun. Americans traveling in Greece, in the UK, in South America and throughout Asia said they were besieged with questions about the election and about their opinion on each candidate. Emails flew between Tuscany, Paris, Istanbul and Delhi, and at a recent 75th Anniversary event of my alma mater, The Fletcher School of Law & Diplomacy, classmates from around the world wanted to sort through the pros and cons that comprised the platform of the two political parties.

The election of Barack Obama and Joe Biden drew front-page global headlines, celebrations throughout Kenya, and the BBC hosted a global call-in on election night. So the challenge for the new president will be to capitalize on effectively communicating and to take advantage of the 24-hour news cycle to strategically communicate the U.S. message, manage public opinion, implement a long-term strategy for listening to divergent voices and to build long-term relationships.

Today that means food aid, cultural exchanges, educational outreach, other soft power tools including outreach to the disenfranchised as well as the media. The explosion of media, the rise of global non-governmental organizations [NGOs] and the involvement of non-state actors in foreign policy issues have changed the nature and power of public diplomacy. Regions now operate alongside firms, trade unions, social movements and transnational organizations such as Greenpeace and Oxfam.

The Obama Administration’s public diplomacy libretto needs to include working alongside these groups. The president must create training and cultural exchanges so that understanding between cultures is enhanced; and, de rigueur for any successful public diplomacy program will be the engagement of global citizens through private foundations such as the Bill and Melinda Gates Foundation to support global health initiatives, the Earth Institute’s work on sustainable development in third world nations and international business groups such as The Evian Group in Geneva.

It should include engaging the marginalized – women and youth – continuing humanitarian assistance where there is need and, reinvigorating public service in the Peace Corp and AmeriCorp, and engaging the global discussion through the use of the technology – radio programming in Africa and social media tools – cultural partnerships with the Aspen Institute, Panos and other stewards of public diplomacy.

Proving the U.S. is listening

It’s an information-driven world and despite the overt international interest in our election, restoring our image will require dedication. Our new president will need to convince the global community that America is listening and that her citizens and her government leaders are interested in re-establishing legitimacy based on linking our interests to those in whose name democracy is pursued.

It will take persistent work to repair America’s image, but the opportunity exists if the new administration can adapt its small town, community working class values and engage the global neighborhood to impart our newly invigorated American values.

Even as the country is caught between the tensions of a sagging economy and power dynamics over issues such as energy development, health care and climate change, we should be reminded that leadership is transformational when it intersects with crisis.

Now is such a time, and the world, hungry for answers, will be watching.

Joseph Nye, who coined the phrase ‘soft power’ and who writes and lectures extensively about it, draws from the philosophy of Niccolò Machiavelli in saying that public diplomacy is the means through which a government or leader can be both loved and feared. At the moment, we are neither loved nor feared. The challenge for the new administration will be to re-engage the world by listening and accepting new ideas, to rebuild a global constituency, retool our moral authority and regain the global trust. 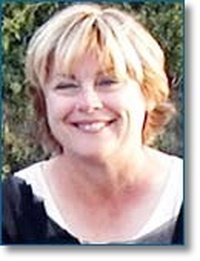 Roberta Graham is co-founder of the public relations/public policy firm Bernholz & Graham, Inc. with offices in Anchorage, Alaska and New York City. She has extensive experience in national media relations, reputation and crisis management, public policy issues; is the lead strategist in designing and implementing public diplomacy efforts for the agency’s myriad clients; and, has been the strategic force behind some of Alaska’s most notable national stories. Graham holds a Bachelor of Arts degree in Journalism and an interdisciplinary minor in U.S.–Canadian Relations from Michigan State University, East Lansing, and a Global Master of Arts Degree in International Relations from The Fletcher School.