Sweden’s annual Pink Ribbon campaign is a huge success in terms of fundraising and creating awareness of issues relating to breast cancer. However, says Rebecka Blomberg, success brings it own challenges.

The Swedish campaign contains many different elements that achieve huge impact, especially in the media. For example, each year a new designer is commissioned to design the ribbon and well-known buildings throughout the country are illuminated in pink. On Pink Saturday, merchants contribute to the campaign in various ways, pink products are sold and candlelight manifestations are arranged in several towns.

This year we worked with ambassadors; nine well-known and committed women who supported the campaign and put forward our messages about medical success. The grand finale of the campaign was a televised fundraising gala where Anastacia, herself a breast cancer survivor, performed.

Analysts say that there is no other campaign in Sweden that is even close when it comes to getting attention. So, the pink ribbon campaign and its cause are visible. And the Swedish Cancer Society is visible.

While we want to raise money for cancer research, the results of which will not be seen until a few years’ time, we also want to make a change in the short term. What can be done here and now? Therefore, during the last three years the Swedish Cancer Society has also focused on Public Affairs activities that show deficiencies within breast cancer healthcare.

In Sweden, it is recommended that all women between 40 and 74 years of age are regularly summoned to mammography. In 2007, we showed that there is an urgent lack of mammography doctors, which has led to mammography now being compulsory in medical special education. Last year we raised the fact that women with a low level of education and women born outside Sweden attend mammography less often than other women, which affects their chances of surviving cancer. The Swedish Cancer Society also revealed the fact that many county councils do not do anything actively to reach these women.

This issue was first brought to attention in a debate article in Dagens Nyheter, the most important newspaper for creating a debate in Sweden. The article then spread throughout the country in different media. After that, we distributed the same message, but with regional figures, which led to the news getting yet further coverage across the country, now with regional angles.

The debate about the deficiencies has resulted in nearly 300 articles, i.e. 36 million possible readers – incredible numbers – and is the activity that gets the most publicity during the campaign. The debate has also resulted in several motions in parliament and local county councils, i.e. concrete proposals from politicians to take action, and this within two months after the campaign.

But is success always good?

As I stated, media analysts say that the Swedish Cancer Society’s pink ribbon campaign is one of a kind. In one editorial article the reader learns that we are a campaign organisation of absolute world-class, where few, if any, companies have performed such a coordinated and multifaceted campaign where the message is spread during an entire month. Comparisons are even made with Barack Obama’s campaign, due to our success with being current, always renewing the campaign and showing up in unexpected contexts.

Furthermore, we have people at a grass-roots level who help us spread our message. The Swedish pink ribbon is considered a success also when international comparisons are made. Despite the fact that The Swedish Cancer Society has only run the campaign for six years, we have succeeded with implementing things that other countries could only dream about, the writer says.

However, despite this success, we must be realistic. The pink ribbon campaign has become such a success and reached a size that requires self-reflection. How far can we actually reach? Are there potentially negative consequences that we must take on board? Can a campaign become so big that saturation arises, which leads to people no longer supporting the campaign? When do we reach that point and what are the signals? And does the purpose really always justify the means?

At this time, we must acknowledge in which direction the campaign is going and how people react to and perceive our campaign. Moreover, many want to get a free ride on a good campaign. The pink ribbon campaign is something you cannot get a patent for or own the rights to, which means that nobody, including the Swedish Cancer Society, can control the ways in which the pink ribbon is used. Which could be a risk when the campaign is well associated with the Swedish Cancer Society.

In Sweden, commercialism is frowned upon, even when it comes to charity. We experience that the threshold to becoming too commercial is much lower in Sweden than, for example, in England and the US. And even though our work with showing deficiencies within the healthcare system, the work within the political area and the actual changes we make there, get huge publicity, some people think that the campaign is starting to become too commercial.

We are approaching the level where we actually get criticism because pink kitchen rags are being sold during October. Even though the consumers apparently want them.

The attention we get is fantastic, but being in the frontline – as the pioneer – also means that we always are the ones that are the first to reach the limit. And to find these limits, to determine how to act on them, and control the direction that the campaign is taking, are some of the major challenges we face in the future. 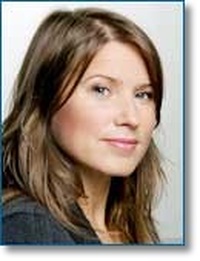