In light of the shocking natural disasters in Myanmar and China and the starkly contrasting attitudes of their respective governments to media reporting of rescue and relief efforts, IPRA President Robert W. Grupp calls on the public relations community to

Like you, I have seen many shocking images of death and destruction in the aftermath of a killer earthquake that struck China’s Sichuan Province on May 12. What hit me hardest were images of children who are victims in the disaster. One memorable photo showed a young schoolgirl trapped inside rubble with only her frightened face and outstretched hand visible between enormous slabs of concrete.

I know that you join me in support of our colleagues in China at this difficult time, sentiment that I expressed in a letter to Ambassador Li Daoyu soon after the tragedy. Ambassador Li is president of the China International Public Relations Association (CIPRA), co-hosts of the IPRA 2008 Public Relations World Congress in Beijing in November.

The disastrous earthquake draws our attention for many humanitarian reasons — but also because of the unprecedented amount of information being shared online by ordinary citizens and in news stories and broadcasts filed by professional journalists.

Chinese media are mounting an aggressive effort to cover the worst earthquake in decades. “It shows the Chinese government is more confident than ever. It has realized that by sharing the news candidly, it can win the support of the public and the understanding of its people,” said Shao Peiren, a mass media professor at Zhejiang University in Hangzhou who was quoted by the Associated Press.

Often hesitant to report negative news, state media now have taken the lead, providing figures of the dead and missing in Sichuan and footage of toppled buildings and blocked roads within the first few hours. As the AP and other media have pointed out, the official Xinhua News Agency and CCTV have prominently played up the enormous rescue effort, and reporters for regional newspapers have filed stories describing scenes of destruction from an eyewitness viewpoint.

“Overall, we have seen moderately open coverage of the earthquake, not just from Xinhua and CCTV, but from the commercial media,” David Bandurski, a researcher at the China Media Project at the University of Hong Kong, told the AP. “It seems there is a tolerance for reporting from the ground, and there’s an interest in giving reporters leeway in reporting on the story.

“This time, the fact that the government from the top, starting with (Premier) Wen Jiabao, responded to the situation, really made a big difference,” he said. “The agenda is being led by the media, which is different than many cases before.”

The Washington Post wrote that disaster response efforts reflect a new and significant national sense of purpose in China. Significant, indeed, and we public relations people should be quick to applaud the immediacy and thoroughness with which the disaster is being reported.

By contrast in Myanmar, the government says the cyclone left at least 34,273 dead and 27,838 missing. Relief agencies report that the death toll could double or more because of the lack of basic health care facilities, clean water, food and shelter. As I write this, the leader of the country’s military junta has yet to take calls from UN Secretary General Ban Ki-moon, who expressed frustration at “the unacceptably slow response to this grave humanitarian crisis.”

The openness and clarity with which the media are able to report these disasters has a direct impact on our knowledge and awareness of the situations and, therefore, on what I believe is our natural inclination – as international public relations professionals and as human beings – to respond to relief efforts.

Transparency and openness – accuracy and fairness – are cherished values of public relations professionals and IPRA members. These values also create a bond between public relations and journalism. Fundamentally, we are all communicators acting as intermediaries between real events and the public, between our clients and their audiences. Sometimes I hear public relations people describe journalists as adversaries, and vice versa, and I believe that is a naïve view.

Freedom of opinion and expression

The 43-year-old IPRA Code of Athens relies on Article 19 of the UN Universal Declaration of Human Rights, which states: “Everyone has the right to freedom of opinion and expression; this right includes freedom to hold opinions without interference and to seek, receive and impart information and ideas through any media and regardless of frontiers.”

This is why IPRA has much in common with organizations like The Committee to Protect Journalists (www.cpj.org). CPJ is an independent, nonprofit organization working in 120 countries to promote press freedom by defending the rights of journalists to report the news without fear of reprisal. There are many other similar organizations worldwide, and I urge you to reach out to them.

After all, a strong and open press encourages the growth of robust civil societies, which leads to healthy and sustainable social and economic development. Let us use the occasion of these terrible disasters in China and Myanmar to recognize and support the outstanding work being done by journalists amidst so much sorrow and hardship. 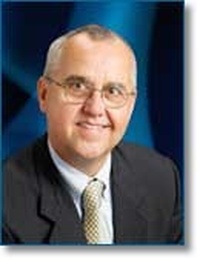