Claire Spencer believes a paradigm shift is necessary whereby measurement of PR effectiveness is considered from the perspective of the target audience.

The theory of the Long Tail is that our culture and economy are increasingly shifting away from a focus on a relatively small number of ‘hits’ (mainstream products and markets) at the head of the demand curve and toward a huge number of niches in the tail.

This theory can also be applied to the media world, where there is a shift from communication being focused on a smaller number of traditional heavy-hitting media to the new world of niche social media. In this new world of user-generated content there is no ‘head’, just varying degrees of ‘tail’.

How to make head or tail of it?

Within minutes the story spreads from the confines of the conference to reports on online media which then reverberate in social media – from YouTube and Twitter to websites and wikis.

From the point of view of Geldof’s PR machine, was his communication effective in publicly naming and shaming a world leader, and ultimately in raising awareness of the need for international aid to alleviate poverty in Africa? And, in terms of evaluation how to go about monitoring and measuring the raft of articles and posts that his name and shame communication generated?

On the plus side there is now a huge choice of broadcast and print media – online and offline – and social media through which to communicate a message about an organisation, issue, brand or product. But, keeping track of this message as it makes its journey from ‘head’ media, such as newspapers, to ‘tail’ media, such as blogs, is a real challenge. A challenge that is compounded by the complexity of social media content: global, instant, vast, changing and polarised.

The traditional model of evaluation, reliant as it was on clip counts and column inches, is no longer fit for purpose. New media require new methods or methods that can aggregate and make sense of this complexity. Part and parcel of this is a recognition that the message is no longer something that the organisation or brand can ‘push’ out to its audience. The dynamic ‘pull’ nature of social media creates risk, risk that the desired message will be evolved, morphed and distorted as it weaves its way through the labyrinth that is the worldwide web.

This is why i to i research developed a product that would meet the twin need of aggregating global online content and human analysis to evaluate content and sentiment.

Called iCITE™, the product centres on answering five key questions that go to the heart of effectiveness of communication in social media:

WHAT – what has been communicated: the themes and messages underpinning the online ‘chat’?

WHO – who is doing the communication: which stakeholders are driving the chat and/or discussion?

WHEN – when did the ‘chat’ take place, and how has it changed over time?

WHERE – where did the communication take place: blogs, micro-blogs, file-sharing sites, wikis, websites?

HOW – How positively or negatively did it position the organisation, issue, brand or product (sentiment)?

A recent iCITE evaluation for a household brand name in personal finance showed how an advertising campaign created considerable traction in social media. The evaluation focused on whether the client’s PR goals for social media were met. The goals were to:

1. Extend the reach of the advertising campaign, especially among hard-to-reach audiences
2. Increase uptake of brand messaging
3. Provide an early warning system of any negative issues arising
4. Learn more about the potential for the brand in this medium.

The ad campaign was the source of impressive online ‘buzz’ with 1,000 posts globally. The TV ad, or user-generated imitations thereof, were the main topic of discussion in half of the posts with people continuing to revisit the offline campaign (posted online) long after it had gone off air.

There was high viral uptake of this campaign from a particular user demographic that the brand had found hard to reach through traditional media.

Half of the posts also included one of the key brand messages, thereby amplifying the offline communication. However, in addition to the positive brand endorsement the evaluation was able to identify some emerging issues for the brand.

The benefit of deploying these new methods to measure the effectiveness of the ‘tail’ of the communication is that they can also be applied to the traditional ‘head’ media. Ideally, these methods should collapse the evaluation so that key metrics, such as message delivery, can be captured across the spectrum of old and new media.

The sting in the tail

Although methods, such as the one outlined above, exist to evaluate traditional and new media as part of one exercise, they only tell part of the tale. Such methods speak more to evaluation of performance rather than effectiveness, reflecting output rather than out-take or outcome measures of success.

The PR industry has long struggled with the need to measure effectiveness of its efforts, and with the advent of social media this need is even greater. A paradigm shift is needed whereby measurement is considered from the perspective of the target audience, the true tail of the communication.

Fundamental is an understanding of the extent to which communication has been seen by the target audience and has wielded influence.

In the example above, we also triangulated the results of the secondary content analysis with primary research. By overlaying the internet ‘chatter’ on brand tracking data we could see evidence that online discourse helped to extend or amplify the saliency of the brand. We found that peaks in TV awareness coincided with peaks in internet chatter, and that the latter was able to sustain brand buzz beyond the duration of the TV campaign.

So the question is not really does the PR industry have the tools to measure the brave new world of media; it is more the age-old question of whether it will adopt a more audience-centric approach. If it doesn’t it won’t make heads or tails of the brave new world. 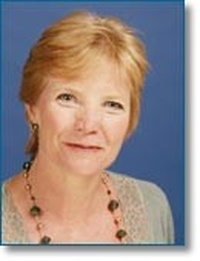 Claire Spencer, FCIPR, Chief Executive i to i research.