Conveying the science and emotion behind pediatric development disorders is essential in securing the right kind of exposure for a specialist children’s medical facility. By John Seng.

Only one facility in the US is devoted to the study and care of all of these conditions in children: the Kennedy Krieger Institute in Baltimore, Maryland. But despite its noble mission, inspiring patient stories and world-renowned faculty, Kennedy Krieger is not a household name.

Spectrum’s partnership with the Kennedy Krieger Institute began in May 2005. We set out to elevate national awareness of the Institute and its services through a regional and national media campaign, ideally looking for greater awareness translating into increased individual, corporate and foundation support.

While the public has a limited understanding of the entire scope of developmental disabilities, people are undoubtedly moved by the power of individual patient stories. Whatever the condition, a child’s compelling recovery story is the most effective means for conveying the important work happening at Kennedy Krieger. For this reason, Spectrum has consistently secured powerful patient stories as a way of illustrating the advancements being made at the Institute.

Simultaneously, Spectrum has seized all opportunities to position Kennedy Krieger as the leader in developmental disability research and treatment. We’ve used ongoing relationships with health and medicine reporters to successfully position Kennedy Krieger’s faculty as the “go-to” sources for expert comment on rare conditions such as Sturge-Weber syndrome, childhood paralysis and pediatric stoke, as well as more common disorders such as autism, dyslexia and attention deficit disorder (ADD). We’ve also continually translated the groundbreaking research being produced at Kennedy Krieger into consumer-friendly language, which is more accessible to reporters than complex scientific abstracts.

Recent examples of Spectrum’s success in elevating Kennedy Krieger prominence on a national level can be found in our media results during Autism Awareness Month (April) 2007. To spotlight Kennedy Krieger’s expertise amid the many autism organizations vying for coverage throughout the month, Spectrum conducted an exclusive online Webinar for top-tier journalists featuring four autism experts from the Institute.

The experts discussed the state of autism research in the United States, highlighting various projects currently underway at the Institute. Several top-tier journalists attended, including reporters from CNN, ABC National News, the Associated Press, Newsday and Parents magazine. That same month, Spectrum managed all aspects of the media launch of the Interactive Autism Network (IAN) – the first national online autism registry designed to accelerate the pace of autism research – including drafting press materials and conducting local and national media outreach.

The Webinar and comprehensive IAN launch outreach resulted in significant local, regional and national media coverage, including segments on “ABC World News Tonight,” “Good Morning America” and “CBS Evening News,” as well as placements in The Associated Press, The Washington Post, Los Angeles Times, Newsday, Chicago Sun-Times, The Baltimore Sun and CNN.com, among many others. The Webinar also led to an on-site visit from People magazine.

The IAN launch was not the first time Spectrum helped the Institute raise awareness of a new program. Spectrum’s first opportunity to shine the spotlight on the Institute was with the grand opening of Kennedy Krieger’s International Center for Spinal Cord Injury in June 2005. Spectrum managed all aspects of a regional media outreach campaign surrounding the grand opening event, and has since promoted the center on a national basis. Our work has resulted in significant local, regional and national media coverage – including placements in The Associated Press, Teen Newsweek, The Washington Post, The Washington Times, The Baltimore Sun, Science News and Nature Medicine, among many others.

While autism and spinal cord injuries are rather well-known conditions, Spectrum has also garnered media coverage for Kennedy Krieger by highlighting very rare disorders. In the summer of 2005, Spectrum conducted an aggressive media blitz to announce the publication of research on Lorenzo’s Oil for the prevention of the rare genetic disorder adrenoleukodystrophy.

Through aggressive, targeted media outreach, Spectrum continues to elevate the profile of this pioneering facility that is making incredible differences in the lives of individuals with developmental disabilities and their families. 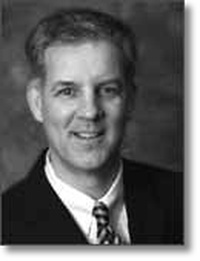