ITL #488   Time to commit: organizations don’t have the choice to keep quiet on social issues


When controversial and divisive social issues come to the fore, brands no longer have the option of sitting on the fence. By Kate Hartley.

Big, social or political movements define an age. Brexit, Roe v Wade, Black Lives Matter, women’s rights, the climate emergency, LGBTQ+ rights, the #metoo movement – these are all huge, complex, and sadly divisive issues that society grapples with. Organizations are nervous about how they should respond.

When I started in PR, we mostly accepted that brands wouldn’t get involved in anything they saw as ‘political’. Now, they don’t have a choice. After the murder of George Floyd, Netflix tweeted “To be silent is to be complicit,” in support of Black Lives Matter. If you don’t show your support, what does it say about your business? What message does it send your employees and your customers?

In the wake of the introduction of restrictive abortion laws in Texas last year (before Roe v Wade was overturned), Texas-based companies found themselves having to have a view on one of the most polarizing issues in America. Match Group (which owns Tinder and Bumble among others) was one of the first to come out against the new laws, saying it would create a fund to support any of its employees based in Texas who need abortions, or who could be prosecuted for having an abortion.

Taxi firms like Uber and Lyft found themselves in the unlikely position of having to comment, too. Under those new laws in Texas, you could be sued for helping someone obtain an abortion, including driving them to a clinic. Both Uber and Lyft said they would support their drivers if they were sued (Lyft’s CEO also donated $1 million to Planned Parenthood).

We’re seeing this on a much bigger scale, today, of course. The New York Times has a list of companies who have committed to covering travel expenses for employee abortions. Levi Strauss has posted a statement on its website stating that “Access to reproductive health care, including abortion, has been a critical factor to the workplace gains and contributions women have made over the past 50 years.” Period tracker apps are coming under increasing pressure to commit to protecting the data of their users to prevent that data being used in abortion prosecution cases.

And then there’s the backlash. Media are publishing lists of companies who donate to politicians supporting state abortion bans. Many of those listed are also supporting employees seeking abortions.

These lists are a growing phenomenon. In February this year, researchers at Yale University started working on a list of major companies and their response to the Russian invasion of Ukraine. In April, the list was the subject of an opinion piece in the New York Times (entitled: Some of the Biggest Brands Are Leaving Russia. Others Just Can’t Quit Putin. Here’s a List.). It has put huge pressure on brands to take action against Putin’s Russia. That list is kept up to date and ranks brands in one of five categories from A (complete withdrawal) to E (digging in and continuing to do business as usual in Russia).

It's not just the media exposure that puts pressure on companies to state their allegiance on these big issues. Research from Kantar media shows that people – especially younger generations, Millennials and Gen Z – expect brands to take a stand on social and political issues.

Edelman’s ‘Belief Driven Employee’ research shows people will choose their jobs based on personal beliefs and values. They want to work for an organisation with a clear purpose and which shares their values, and that publicly commits to supporting issues that they care about. They want real action, not just woolly intent statements, and they’re prepared to speak up to their employers about the things that matter to them.

There’s also a growing group of ‘conscious consumers’ – people who expect the brands they buy from to behave in a way that’s aligned with their values.

We’ve worked before with a wonderful business psychologist, Gill Green, who talks about the relationship between consumers and organizations as a psychological contract. We have a sense of emotional ownership over the brand – we buy from it, and in return, we believe it will behave in a certain way. But when a brand breaks that psychological contract, behaving in a way that goes against what we believe, we feel betrayed. We don’t trust it any more. And that’s when we’ll turn on it.

Imagine you’re a passionate believer in the rights of women to access safe and legal abortions, and you discover your favourite brand (or your employer) was funding anti-abortion campaigns. Or a gay person going to Disney after its CEO wouldn’t explicitly condemn the ‘Don’t Say Gay’ bill in Florida (something it’s done a U-turn on since). At best, you’d feel deeply uncomfortable. More likely, you’d turn on that brand, speak out against it, boycott it.

Somebody said to me recently: “Aren’t you damned if you do, damned if you don’t speak out on these big issues?” And there may be some truth in that. Every protest has a counter-protest. But you can’t stay silent any more. You have to decide what side you want to be on. That might mean losing customers, or employees. I talked to a CMO recently who said: “It may get to the point where we have to decide which consumers we want, and which we don’t.”

Ultimately, how you deal with these polarizing issues comes down to your values. What do you, as an organization, believe in? What do your employees, your customers, your stakeholders believe in?  And – critically – what action have you taken to support those values?

If you ‘supported’ your Black colleagues in the wake of George Floyd’s murder, what did that look like? If you ‘support’ Pride, what does that mean in real terms? 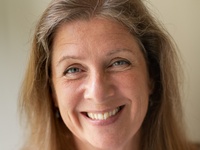 Kate Hartley, co-founder of Polpeo and author of ‘Communicate in a Crisis’ (Kogan Page, 2019).