ITL #429 Thought leadership in the digital world: escaping the ecosystem of owned media


Many companies are still communicating predominantly in the ecosystem they control and are therefore passing up the opportunity to win over important stakeholders. By Jörg Pfannenberg.

Whether in your private life or in business, no communicator wants to engage in a monologue. Finding an audience and generating consensus are the key building blocks of thought leadership. And today this is primarily happening online on the web and on social media.

But most companies haven't yet adapted to this change in the media landscape, and thought leadership has slipped through the cracks. Why is that? And how can companies change this?

An SEO analysis (by Sistrix) of key issues in the pharmaceutical industry – using search terms such as ‘Digital Healthcare’, ‘Cost of Disease’, ‘Cancer Therapy’ and ‘Coronavirus’ – found that Big Pharma barely makes the top 20 in the Google ranking, even when the terms are directly relevant to their own business and indication areas.

The top ranked sites are often health insurance companies and their representatives, as well as patient portals and government agencies. But if a company fails to show up on Google, they can no longer play a role in shaping opinions. In short, they have become irrelevant.

Deep knowledge and strength in innovation, the prerequisites for content, undoubtedly already exist in companies. Businesses have an entire ecosystem of cutting-edge channels and media applications at the start – which are all interlinked.

Yet if we take a closer look, we'll see that many companies are communicating in their own little world. Trapped in the bubble of their owned media ecosystem, they rarely interact with the wider digital environment. Their ideas and messages are barely picked up by anyone else; even on social media, their posts are only seen by their own employees and those close to the company.

Companies want to help shape opinions and, where possible, influence the behaviour of stakeholders and decision-makers on the issues that are important to them. In other words, they want to be thought leaders: making their messages and ideas heard in public discourse (awareness) and winning people over to their point of view (engagement).

According to Zerfaß/Volk of Leipzig University, we can recognise thought leaders by their ‘Novel Point of View’: companies that are thought leaders typically inject a brand new perspective into public discourse – whether it's on an existing issue or an entirely new one. This wins over stakeholders to the company's point of view (according to the criteria of the media and data intelligence provider Unicepta):

The initiation rate is particularly significant. This tells us whether the content has been picked up by journalists and other stakeholders on social media platforms and used as a launch pad for their own communication activities. The key metric for the initiation rate is the Google ranking. Google's algorithm is well known for the way it recognises how content on owned media is connected to the online presence of other stakeholders, even if the algorithm itself is constantly changing.

But for many companies, their content barely has any relation to the topics that make up public discourse. Their communications are not fast or agile enough, and their content is not tailored to the conversations happening in the public sphere. Good storytelling is the exception rather than the rule, and the images they use are unattractive and rarely authentic. Classic web formats such as listicles or infographics are not used.

When it comes to content, a coherent, connected presence across all channels is the basis for success:

Companies can establish this kind of digital issue management for their own thought leadership by taking the following steps:

Companies know how important thought leadership is. But they still don't have the systems in place to quickly monitor the digital environment and draw conclusions in real time. This is not always due to budget issues; often, old habits are the main obstacle.

Lots of companies are still organised in silos, which prevents them from gaining a holistic view and taking integrated, strategic action. In light of the current challenges facing companies, this is a missed opportunity. You could have the best campaign in the world but if it does not generate any awareness, you are definitely losing ground. 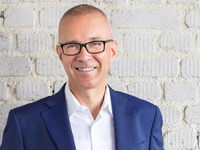 Jörg Pfannenberg is Managing Director of the communications agency JP│KOM, a member of the International PR Network (IPRN). Jörg has published numerous books on change communication, controlling communications and communications strategy. He regularly delivers lectures at universities in Germany and Switzerland.