ITL #238 Shining a lamp on infographics: What marketers can learn from Florence Nightingale


When we think of Florence Nightingale, we of course think of the Lady with the Lamp, the pioneer of modern nursing, statistician…but do we think of her as a pioneering marketer? Hardly! Perhaps we should,. By Alice Thomas.

In the middle of the 19th century, Florence Nightingale led a party of 38 nurses to the Crimean War, where she found British soldiers being treated in filthy conditions.  She ordered the hospital to be cleaned immediately, saving many of their lives and setting herself on a course to save many thousands more.  Long after she returned from the war, Nightingale ‘nursed’ a sense of failure that so many men had died unnecessarily from illnesses rather than injury.

Nightingale was asked to report her team’s findings to Parliament, and in a situation faced by many of us working in marketing and PR, she worried this report would be overlooked as it was depressing, dry and that her statistical analysis would bore readers!

She set about livening it up with visual representation, “to affect thro’ the Eyes what we fail to convey…through their word-proof ears”, and developed statistical graphics – the beginnings of today’s ‘infographics’.   (Not so much the Lady with the Lamp, as the Girl with the Graphics?...)

In fact, so many of Nightingale’s actions can be cited as great marketing, even applicable now, more than a century and a half after she did her most important work.

Arguably Nightingale’s greatest achievement was having the self-awareness to realise that what fascinated her (statistical analysis) would bore and that if she was to effect real change, she had to convey her message in the most impactful way possible.

She faced a situation, familiar to many of us who are trying to;

As marketers, we often make the assumption that our audiences will be as excited by our clients’ products or services as we are. Something that we can learn from Nightingale is to work from the point of view that they are not at all interested, and go from there, rather than to assume that they are interested and that every campaign will fail to ‘get through’ to some people.  Tenacity is an essential skill for those working in marketing and PR!

Nightingale also realised that most people wouldn’t have time to read her full report, and so she broke the report into chapters and published smaller, informative papers, meaning that busy doctors and nurses could read about, and importantly, implement her changes.  In fact, Nightingale had segmented her audience, and was delivering a tailored message;

This raised the profile of her cause, and garnered broad public support – and perfectly demonstrates the impact of properly segmenting an audience and developing targeted materials accordingly.

We tend to think of marketing and PR as ‘wordy’ jobs and good language skills are a pre-requisite.  However, the designers out there will know how important their contribution is!

The best-written content simply won’t get read if it hasn’t been ‘designed’ into a nice-looking brochure or an attractive website.  Nightingale understood this and so developed the visual presentation of information as first developed by William Playfair in 1801.  The visual side of marketing is equally important as the written content, and with the increasing popularity of video –  (74% of marketers say that video converts better than any other medium for B2B –  those with an eye for what ‘works’ will be in demand going forward.

Nightingale didn’t set out to run a marketing and PR campaign. But she recognised that in order to achieve her goals she needed to persuade others to care about her issue.  And to do this she had a key message  - mortality could be avoided with better hygiene in hospitals.

Having a key message is the foundation of all marketing. But it needs to be one that resonates with your audiences.

‘Plus ça change, plus la même chose’ is an overused expression, but it strikes me, after having researched Nightingale a little for this piece, that things really have changed so much, and yet so little since her time.

She was working with ink and by candlelight, while I am typing on a laptop (listening to Spotify!).  We now have so many marketing and educational resources. We have big data, PPC and through YouTube and Twitter, within seconds and with a couple of clicks we can reach huge numbers of people.  And yet, her ‘campaign’ is actually very similar to a modern marketing and PR campaign – and certainly would be effective in 2017! 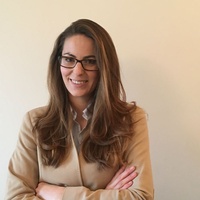 Alice Thomas is an experienced B2B marketer who has spent her time in industry focusing on articulating and promoting financial business systems to both the public and private sectors. Clients have been based across the globe, with a particular focus on the UK Crown Dependencies (the Isle of Man, Jersey & Guernsey) and the asset management and life assurance industries based there.