ITL #227 Entrepreneurs and reputation: the Uber problems of fast-growth start-ups

Uber CEO Travis Kalanick recently resigned after a long string of scandals. When a company is constantly in trouble, look at the leadership. Founder/co-founder led start-up seem to be especially prone to instability and Uber’s string of problems continue to drive itsreputation downwards.

Many get it right and become a shining example of innovation, muddling through exponential growth without too much fuss or loss of reputation. Others find the transition to stability a rocky path. Many founders have had no management or leadership training to speak of, despite having the great ability to create something new and useful.

In the UK, SMEs employ over 15.7 million people.  Records show that at the start of 2016 there were 5.5m start ups in the UK. Many may never grow beyond the first stage.

SMEs are a vital, active part of the UK economy.  There is clearly a need to get leadership training and development to founders, co-founders and their management teams before it is too late.

Uber employees, and followers are said to have become bewildered decision making, out of control situations and strange patterns from their leaders and the resultant overflow: negative publicity. Often, when start-up founders recruit trained talent they proceed to tie them up in knots because the founders insist that they do what they are told, rather than what is right or necessary for business success.

Talented managers are often forced out because employees prefer their leadership and the founders get jealous because they alone want to be stage, hogging the limelight.  Why do founders employ experts only to them? Add to that, constant brinksmanship and you have a recipe for disaster. In the worst cases scenarios, we see some or many of the following:

That said, compassion is called for. Many founders/co-founders ‘don’t know what they don’t know’ and being flattered at the inception of a new project makes it seem that they have conquered the world. Parents, , mentors or friends will say: ‘I always knew you were a genius. Now your time has come. I am so proud of you.’

Such validation is intoxicating and can also become toxic. As we have all seen in the recent UK election, hubris is ultimately followed by nemesis.

Employees that leave the founder/co-founder-led enterprise could still be an asset; many were customers as well as staff members. But the experience leaves them so shell-shocked that they never stay in touch or pass back that great contact that could boost sales or awareness.

They ‘unlike’ you on social media and many find ways to promote distrust of your achievements. ‘Hey… what is a leader if there are no gung-ho followers only employees faking it so that they continue getting a salary cheque?’ Even one ex-employee can damage a company irreparably through legal and/or social media means.

The solution is to get proper training in leadership. Understand how to lead and examine the consequences of rash actions and brinkmanship , both of which create anxiety for the team. Uncertain leadership tactics may be good for ‘drama at work’ but very quickly become draining as employees leave for a stable company where they can achieve and get on with their job without a soap opera every day.

Where were the advisors?

Many founders now report that, on reflection, they are haunted by their treatment of their employees. ‘It felt like I was doing the right thing, but now I know that I was dead wrong and I cannot undo it except to say sorry.’ One of my questions on this Uber debacle is, where were Uber’s high-profile advisors while these problems unfolded?

Uber should commission a case study on what they have learned and publish it, so that we can see how many of points 1-16 were part of the dramatic exit of so many, including the CEO.

However, for the case study to have any value or integrity whatsoever, it must be conducted by an independent outsider. 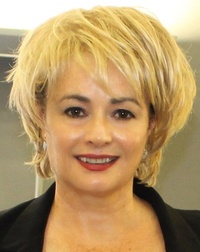 Jacqueline Purcell is an IPRA Board Member and an independent consultant for founder led, fast-growth businesses.