ITL #190 Setting the record straight: the role of communications in Africa’s development


Misinformation and irrelevant romanticization distort perceptions of Africa in the rest of the world. The PR industry must step up and do a better job of telling the real story. By Annie Mutamba.

Do you remember Cecil, the magnificent lion that was killed in 2015 by an American trophy hunter in Zimbabwe, instantly becoming an internet sensation? You probably do. The story generated an unprecedented global conversation about wildlife conservation and hunting.

Several thousand protests, petitions and Facebook shares later, many in Africa are still wondering why the death of a single lion caused such a sustained uproar and international brouhaha for weeks. It was one of those African stories that seemed to have pretty little to do with Africa and quite a lot to do with the world’s romanticized vision of it.

Similarly, everyone knows a thing or two about Darfur, Ebola and #BringBackOurGirls. But what about the continent that skipped the widespread use of landline phones and went straight to mobile phone banking?

When do we hear about Africa’s innovative and vibrant entrepreneur communities? Or improved governance and institutions? Obviously there are multiple angles to a story but, by and large, the narrative has remained focused on the bad news.

This is a PR challenge that Africa needs to face. This is, above all, a collective effort that the PR industry should lead.

Over the past decade, despite the global financial crises, African economies have been growing at an exceptional rate. Hailed at investment conferences from Shanghai to New York as the last economic frontier, African markets have become central to many business strategies.

So why, in this context, is the structural role of PR and communication still massively overlooked?

In reality, along with other fields such as economics, agriculture, health, urbanism or education, the communication sector now has a huge opportunity to position itself as a real management discipline that contributes significantly to Africa’s socio-economic rise.

Again, this is our collective responsibility – with real, tangible consequences.

When the Ebola outbreak in West Africa was first reported in March 2014, it actually struck three countries (Guinea, Liberia, Sierra Leone), i.e. less than 1% of Africa’s economy. The subsequent panic and marginalization led to a drop in GDP of almost $400 million in those countries. But the reputational and economic impact went way beyond the three nations involved.

For the rest of the continent, foreign direct investment which was up by 5% in 2013 took a serious knock because of Ebola. This misrepresentation also led to misguided and ineffective policy responses to the health crisis. Unfortunately, there hasn’t been much of a counter-narrative within African shores to balance all these misperceptions.

Arguing against misperception is easy. We can blame ignorance, lack of education or even the press. But when perception goes beyond dinner debate or social media buzz, and actually threatens the livelihood and health of millions across the continent, it is time for communication professionals to clean up their own backyard.

Does the PR sector want to keep a back seat or do we want to take our full part, along with other disciplines, in the development of the next global marketplace? Recent trends show that our sector has better chances than ever to demonstrate its relevance as an increasingly important part of Africa’s much-needed economic transformation.

Thanks to economic diversification, which is now an imperative for many African countries especially given the slump in commodity prices, strategic communication has come right in from the margins and on to center stage. Countries with a historic reliance on oil, gas and mining are increasingly turning to strategic communication, reputation building and crisis management to help them attract investment, encourage entrepreneurship and promote innovation in other industries.

Misinformation is a serious obstacle to Africa’s development. But Africa is not a country. Media coverage in a continent of 11 million square miles is a mammoth task and reflects its sheer media diversity, with 54 different sets of media landscapes and processes. This context presents an opportunity for African media outlets to play their rightful role as prime and credible sources of information on African matters.

Through several national and continental initiatives – African Media Initiative, The Women in Media Network, The African Editors Forum to name only a few – the African press demonstrates its willingness to join the global conversation, provide different angles and set the agenda.

A culture of fact checking

Inaccurate media reports are hardly limited to Africa but their effects are disastrous in emerging markets where access to proper, non-partisan data is an ongoing issue. New websites and online tools, such as Africa Check or BudgIT, are changing the game of fact-checking services made popular by PolitiFact, Fact Check and others. They also fit the specific contexts of diverse African realities.

The African private sector: a voice in public diplomacy

Africa’s new role in the world leaves it with little choice but to develop public diplomacy strategies to accompany external actions and internal growth. However, the solutions to its communication shortcomings are not going to be met by governments alone.

Private sector and civil society organizations across the continent are already taking an active part in communicating the views and values of African nations. Together with the diaspora around the world, they hold the key to influence negative foreign perceptions and bolster positive views. It requires a strong presence, a confident voice and stellar strategies. This is uncharted territory – and another serious challenge for the communication sector.

When perception means virtually everything

If we needed another proof that managing perception is the name of the game, here it is: Corruption ranks high on the list of many African countries’ socio-political failings, but how does it really get measured? Indicators such as the Corruption Perceptions Index, World Governance Indicators, Mo Ibrahim Index of African Governance and Afrobarometer, share at least two common points: they all rely on perception and their influence on country reputation is indisputable.

Given the size of the ‘name and shame’ list, communication plays a decisive role as these indicators are actually shaping country risk analyses, foreign policies, investment decisions and aid allocation.

Take a look around and you will find Ministries of Communication in all corners of Africa. Take a closer look at their outputs and you will get a contrasted picture of the nature of government communications across the continent.

African decision-makers are well aware that they can no longer afford to ignore the communication dimension. However, with a very media-centric conception of communication, their initiatives are not always a two-way street.

Most ministries need reform to improve access to information and to provide timely, accurate data to citizens, businesses and the press, at the local, national and international levels. Equally important is to decentralize communication beyond the capital city, which will not happen overnight but will be beneficial in the long run.

All things considered, achieving the full potential of communication to support the rise of Africa and accelerate its economic transformation will require leadership, ambition and bold decisions within our sector.

Communication has always been the blind spot of the “Africa rising” narrative. Indeed, it cannot take the driver’s seat and will not solve all the continent’s massive socio-economic problems. But if our industry prefers to take a back seat on these pressing and vital issues, it might as well end up with no seat at all. 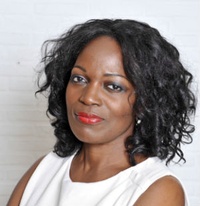 Annie Mutamba is the co-founder of Meridia Partners, the first public affairs and strategic communications firm specializing in Europe-Africa relations.