Edward L. Bernays and Dr. Robert B. Cialdini have long captivated my admiration. Bernays, often described as the father of modern public relations, published his classic book Crystallizing Public Opinion in 1923, while Cialdini’s Influence: The Psychology of Persuasion first appeared in 1984.

So, given that their seminal works were published over half a century apart, what is it that connects them both?

Both practiced, championed and advocated the use of science at the heart of persuasion and influence and as proven to create positive changes in industry and organizations.

But if the use of science in this context was prevalent almost a century ago, why is it the future of Public Relations?

Simple! We need to go back to the past to shape the future. Sounds like a script from a SC-Fi flick? Yes, but that’s the reality.

Back to our roots

We have to go back to our roots to relieve public relations from one form or other of media management – offline or online – so that we come to be recognized as the practitioners of the science of persuasion, the professionals who are sought after to build and protect reputations.

Reputation is generally defined as “an opinion about somebody or something held by someone”. Therefore, logically, the purpose of reputation management would be to either strengthen that opinion or change it, as the case may be. That involves influence and persuasion in an ethical way, i.e. with consent and engagement.

Persuasion is driven by science (understanding the underlying behaviours) at its roots and accomplished by persuasive communication (storytelling) delivered in a simple and engaging manner.

How, then, do we apply science and creativity to develop successful reputation management campaigns that shape public opinion?

In my perception and belief, there are FIVE major steps involved in creating science based reputation management campaigns. These may sound simple (perhaps they are) and they are certainly not new. So, why is it that large numbers practicing professionals have over the years ignored them and focussed increasingly on the aspects of storytelling, at the cost of understanding the underlying factors that could make their stories compelling?

This is an eternal circle, as the fifth step leads to the first in understanding how the composition of the ‘Persuadables’ has changed? Establishing evidence based impact measurement is key.

With the completion of two decades in Public Relations, which now should be renamed Reputation Management, my exploration and fascination with the pursuit of science has never been more vigorous. In hindsight, it appears that the lion’s share of the successful work that my team and I have done was based on ideas driven by insights. Their success has encouraged and inspired me to keep the faith.

Increasing numbers of CEOs tell me that knowing “how to say” is the table stake, the premium is in knowing “What to DO and SAY”. They seek programmes that impact business outcomes; not just analysis of media, traditional or social.

A few years ago, we had an opportunity to present an advocacy strategy to a CEO of a major FMCG company facing public acceptance issues. The CEO interrupted in the midst of an impassioned presentation and posed a question. To quote, “How do I know what you are telling me to do and spend money on will succeed?”  I was stumped. It set me thinking and the realisation dawned that, only when you are armed with insights to back your recommendations can you really create a reputation strategy that is undoubtedly going to succeed.

This approach formed the foundation of the work that was done by us as the Campaign Strategist for the BJP, in the general elections of 2014. The success of the work, with BJP winning with an overwhelming majority, only reinforced my belief that ideas driven by insights is the future of persuasion.

Last, but not the least, it would be pertinent to state that today we suffer from a severe attention deficit. Information overload is making us selectively pull information most relevant to us and delete pushed content most times. Thus arises the need for content/messaging that is not only relevant, but compelling enough to grab interest and eventually shape opinion.

The most effective story telling today is the Real Stories of Real People told in a Real Way. In my opinion, this can only happen if and when we develop persuasive narratives gleaned from deep insights about our audiences.

A lesson that was reinforced to me in my conversation with the CEO of the FMCG.

Think it over and join the conversation. 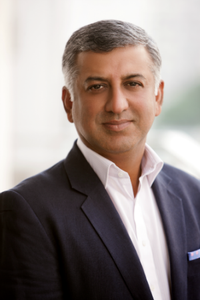