Declining trust in media reporting has led many corporate communicators to rethink how they deal with enquiries from journalists. By Ulrich Gartner.

“PR allows you to tell your story indirectly through third-party outlets, primarily the media. PR has credibility.” This was the essential thesis of Al and Laura Ries’ best-selling book The Fall of Advertising & The Rise of PR, first published in 2002. The authors went on to declare that “most people determine what is best by finding out what other people think is best. And the two major sources for making that determination are the media and word of mouth.”

What sounded perfectly natural some ten years ago may not be as self-evident today, when publics’ trust in media reporting is eroding big time. The 2015 Edelman Trust Barometer, for example, lists 15 countries where media experienced a decline in trust. A recent Gallup study sees Americans’ trust in media at a “historical low”. Not even four out of ten Americans under the age of 50 have a “great deal” or at least a “fair amount” of trust in mass media reporting.

Germany is another vivid example. In a recent study for weekly newspaper Die Zeit, 60 percent of respondents expressed “little or no” trust in the reporting of mainstream media, with a downwards trend. The higher their education level, the more likely people are to believe that mass media reporting is “biased and politically motivated”. As part of the debate, the term “Lügenpresse” (“lying press”) has established itself as a notion of largely (politically) biased reporting by mass media.

What does this mean for public relations – a profession used to leveraging media’s credibility to build trust in corporations and brands – when this very credibility is eroding?

To find out, Gartner Communications late last year ran a survey among some 80 PR professionals in Germany representing a broad range of businesses, from small independent consultancies to large multinational corporations. The results can be summarized along the following lines: PR professionals share the notion of a media bias, even beyond political reporting; this notion leads to changes in the way they interact with journalists; and it leads to changes in strategy at the expense of media relations.

While general research about public trust in media is usually focused on political reporting, three quarters of PR professionals in our own survey saw the issue as impacting corporate and brand communications as well. Half of respondents said the erosion in trust would hamper their own public relations efforts.

In fact, the trust erosion most relevant seems to be happening between PR people and journalists. 80 percent of respondents complained that journalists would often approach companies and institutions not as part of an open-ended research, but rather to simply substantiate a story that has already been spun. Recent academic research has confirmed this notion, establishing “assertion-driven journalism” (“Thesenjournalismus”) as a major concern among corporate communicators in Germany.

A growing notion that media inquiries aim at having the organization fill a pre-scripted role leads to changes in dealing with such inquiries. Just a few years ago, it would have been extremely rare to completely turn down a request for statement. The notorious hint “wasn’t available for comment” as part of a (highly trusted) media’s reporting, suggesting the organization had something to hide. Consequently, it was deemed to be more damaging to corporate reputation than a less-than-perfect performance on camera.

That has changed, it seems: 45 percent of the PR people surveyed by us said they would decline to comment altogether, or advise their clients to do so, with increasing regularity because it was just too obvious where the media story was headed.

The trends described are changing not only the tactics of dealing with media, but also communication strategies going forward. Just 20 percent of respondents said the waning credibility of traditional media would not affect their strategies, while the majority is prepared to set new priorities – with a clear focus on dialogue-oriented tools for direct interaction with target audiences, and proprietary platforms in the field of corporate publishing.

All is not lost

Obviously, successful public relations has always built on the reputation of multipliers to spread a message – be it media, celebrities, or word-of-mouth among peers. When a messenger’s reputation gets tarnished as is currently the case with traditional media, alternative channels and tools gain traction. Professional storytelling on proprietary, web-based platforms, for example, provides lots of opportunities for direct interaction with stakeholders.

Yet at the same time traditional mass media still do have a huge influence on public opinion. And let’s not forget that public trust in corporations – and even NGO’s – isn’t at its peak, either. Hence complete reliance on the self-serving corporate voice won’t be a viable option.

Last but not least, perceptions of different types of media vary. In our own study, trade media were rated as practically stable, while public service television was viewed as the channel losing trust most dramatically. Similar differences can certainly be assumed for different media outlets, and even different formats or publications within one outlet.

Within this framework, managing corporate reputation going forward will require an even more intimate, data-supported understanding of channels, formats, stakeholders and individual players, combined with an ability to assess opportunities and risks to ultimately make the right choices. 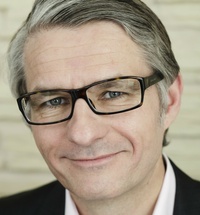