Is Honesty an Absolute PR Value?


With the PR ethics debate likely to run and run, Mohammed A. S. El-Astal (Dr) conducted some research into attitudes to honesty among PROs at higher education institutions spread across the globe.

IPRA members were discussing recently, via yahoo-groups.com, a UK debate among PR practitioners where a motion that ‘PR has a duty to tell the truth’ was defeated by 138 votes to 124. This issue, at least to me, is one of the most important issues discussed by IPRA members online.

I have decided to participate in the discussion but on the IPRA Frontline pages, not via yahoo-groups.com. This article reviews honesty, as an ethical value, in PR definitions; in the eyes of ethicists; in IPRA codes of conduct; and finally in practice —as perceived by cross-national PR practitioners.

Scott Cutlip and Allen Center (1982), after compiling and reviewing some public relations definitions, developed a capsulized working definition for public relations emphasizing on good character. They defined PR as: “The planned effort to influence opinion through good character and responsible performance, based upon mutually satisfactory two-way communications.”

Likewise, Harlow (in Vithakamontri, 1991:19), emphasizing the importance of ethical communication in public relations, defines public relations as: “A distinctive management function which helps to establish and maintain a mutual line of communication, understanding, acceptance and cooperation between an organization and its publics; involves the management of problems or issues; helps management to keep informed on and responsive to public opinion; defines and emphasizes the responsibilities of management to serve the public interest; helps management keep abreast of and effectively utilize change; and uses research and sound ethical communication techniques as its principal tools”. Taking this into consideration, ethical public relations as a part of the management is very important to the success of organizations.

Honesty in the Eyes of Ethicists

Credible words are pivotal to the communication enterprise. Although there is much difference on truthfulness, it simply can be defined as the opposite of deception, which is a deliberate intention to mislead (Christian et al., 1987: 49).

Showing the importance of honesty, Sissela Bok (in Newsom et al., 2000: 221) asserts that the presumption, while choosing between lying and truth-telling, is always against lying for the following reasons: (1) dishonesty leads to lack of trust and cynicism — such as when a reporter later discovers that a PR person has told half-truths resulting in an inaccurate story; (2) lying is resented by those deceived, even if the deceived are liars themselves; (3) dishonesty is likely to be discovered, and no climate for credibility can be reestablished; (4) decisions about when to lie are often made without calculating either alternatives or consequences; (5) a lie always demands another lie to cover it up, and then others to maintain the prevarications; and (6) lying forces people to act differently from the way they would have behaved if given the truth.

Moreover, Immanuel Kant says that truth is important because without it social intercourse and conversation become valueless. The exchange of our sentiments is the principal factor in social intercourse, and the truth must be the guiding principle herein (Donaldson and Werhane, 1999:27). Telling the truth, according to codes of ethics adopted by various communication and public relations professional organizations, underpins the work of those in communication professions, including various public relations fields (Keller, 1983:1). The very possibility of a society depends, Winch (in Jaksa and Pritchard, 1994:65-66) claims, on the general acceptance of truthfulness as a moral norm. He also adds that speaking truthfully is a norm and speaking untruthfully is a deviation.

Honesty in IPRA Codes of Conduct

Virtually all codes of ethics begin with the duty to tell the truth under all conditions. For example, honesty was clearly mentioned in the twelfth paragraph of the Code of Athens. The code asks members to refrain from taking part in any venture or undertaking which is unethical or dishonest. Also, the code of Venice states in its third article that a member shall not intentionally disseminate false or misleading information.

Population — the population of the study consisted of the public relations officers in higher education institutions (colleges & universities) that have English web-sites in the United States, India, China, Malaysia, Thailand, Israel, Palestine and the United Arab Emirates. All institutions selected for the study were chosen from “Yahoo-higher education, universities and colleges-by region”, after conducting a careful site-to-site web-search.

The countries represented were selected purposively, taking into consideration the spread of the main six religions in the world — Islam, Christianity, Judaism, Hinduism, Buddhism, and Confucianism. They were as follows: India 139, China 50, Malaysia 44, Thailand 37, Israel 21, Palestine 14 and the United Arab Emirates 14. Thus, 573 institutions were surveyed in the eight countries represented.

The tested practices were based on the International Public Relations Association Codes of Conduct, known as IPRA codes. PR officers were asked to judge on these hypothetical practices by ticking only one of the categories listed in a four-point scale: very ethical, ethical, unethical or very unethical.

Data analysis — the data were coded and entered into SPSS-program for analysis. The mean was seen as the most suitable measure of central tendency and also Fisher’s least-significant difference (LSD) statistical method was utilized to find out the difference among means.

Results — in terms of culture, the study reveals that all respondents, regardless of their different cultures, see the four actions tested as unethical ones with a significant difference in the last action. The LSD test tells that the United States’ respondents, who hover toward unethical, leaning strongly toward very unethical for a mean of 1.52, differ significantly with those of Palestine and India.

In terms of religion, the study reveals that all respondents, regardless of their different religions, see the four actions tested as unethical ones.

In conclusion, respondents’ ethical judgments on the four hypothetical practices tested in the study, regardless of their cultures and religions, came consistent with the IPRA Codes of Conduct as well as the literature written on honesty. Briefly, honesty outweighed all other considerations. 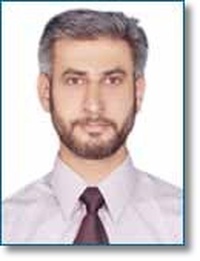