Taking a production of renowned Broadway musical 42nd Street on tour through China was not without its commercial risks. Lydia Lee lifts the curtain on the role of PR in securing a showbiz hit.

The project was ambitious. While 42nd Street would not be the first Broadway musical to hit stages in China, it would be the first to tour beyond first-tier cities such as Beijing, Shanghai and Guangzhou. Also, past musicals were not favorably received by Chinese audiences, who deemed the production quality second-rate, the plays too dependent on special effects and the content lacking in local relevance.

NNC faced the challenge of tapping into jaded urban audiences as well as suburban and rural audiences who were wholly unfamiliar with foreign musical productions. Another important consideration was the Chinese social landscape – any American form of entertainment exported to China needed to be carefully presented so as not to offend a culture already wary of Western influence.

All of these factors provided NNC with a unique opportunity to establish itself as the company Chinese audiences can trust to bring high quality, relevant and entertaining productions. The company turned to GolinHarris for a communications campaign tailored to accomplish this positioning.

GolinHarris set concrete objectives, aiming to achieve at least an 80% occupancy rate per show and 85% positive coverage of 42nd Street across all nine cities where the show would tour. It also sought to generate 75% name recognition for NNC amongst 250 media outlets.

The first step towards achieving these goals was research: NNC and GolinHarris conducted an extensive media audit of national and local outlets to discover current perceptions of Broadway musicals and topics of interest that might assist in promoting 42nd Street. Questionnaires were disseminated to 300 target audience members, revealing data on where play-goers obtain information and how they decide what to see.

Based on the findings, GolinHarris consulted NNC to create a large-scale public relations campaign targeting white collar workers, academia, students and expatriate audiences. The campaign would employ 42nd Street’s down-to-earth story, famous tunes and exciting dance routines to market the show as “not just another Broadway production” –but the quintessential musical. Also, to discourage any public perception of the show as a symbol of American cultural imperialism, 42nd Street would be presented as an opportunity to share theater management skills between China and the U.S.A. Careful messaging would be combined with financial incentives, such as coupons and discounts, to encourage ticket sales.

The execution of this nuanced strategy involved multiple venues. GolinHarris started by securing a cover story in China’s most prominent weekly lifestyle newspaper, which positioned NNC as a renowned producer of quality shows and solidified 42nd Street’s status as the must-see show for 2007.

Locally, weekly news releases to over 150 newspapers invited local critics to write about the show. Simultaneously, GolinHarris and NNC worked together to formulate varied news angles, satisfying reporters’ needs and localizing key messages depending on the season. For example, during the Chinese National Day holiday in October, GolinHarris promoted themes from the musical, such as optimism and sacrifice, to tie in with the media’s editorial calendar.

In each of the nine cities on the tour, two press events were held: one to kick-off ticket sales and another to introduce actors as they arrived prior to the show’s opening. GolinHarris provided support for interactive activities where community members could meet the actors, a move which further generated local news angles and increased coverage.

Throughout the campaign, GolinHarris and NNC arranged interviews with producers, actors and promoters at local papers and television stations across the nine cities. Also, 42nd Street actors appeared on popular television programs with dancing segments to promote the show.

At a grassroots level, GolinHarris helped to organize events at local colleges where actors engaged with students on musical theater and dancing, a major element of the show. On top of generating interest in 42nd Street, these events encouraged students to view dancing and theater as healthy forms of self-expression.

The tour of 42nd Street comprised over 70 performances across nine cities in China. The public relations campaign around the tour was hugely successful, generating over 1,200 print articles from top-tier national and local media, and over one thousand hours of radio and televised coverage.

The final data exceeded the campaign’s goals with 95% positive coverage, an 85% brand name recognition rate and an average 90% occupancy rate per show, making 42nd Street one of the most popular musicals in China in recent times. Surveys submitted by audiences showed strikingly positive reception – more than 80% reported they would attend future NNC productions. Also, the key messages of the campaign resonated with audiences, who reported that they saw the show because of its “authenticity,” story and dancing.

At the close of the campaign, NNC selected GolinHarris for its ‘Best Partner’ award, signaling the crucial role that public relations played in bringing this Broadway musical to China. 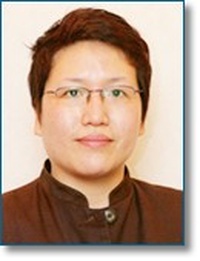