A Role in AIDS Prevention

Never in recorded history has the world been engaged in such a bruising battle against a pandemic as is now the case for HIV and AIDS. Despite having drawn the entire arsenal to fight HIV for over three decades now, man is losing the battle to the virus.

If all organisations mainstreamed HIV and AIDS in corporate communication, the sum total would be equivalent to a mammoth prevention campaign worthy of countless million of dollars! But it would have cost the normal communication budget. And this will certainly contribute a lot in prevention of HIV and AIDS, besides alleviating the agony that comes with infection.

At the outset, we need to articulate the benefits of mainstreaming. Is mainstreaming driven by philanthropy? Is mainstreaming viable undertaking with direct impact on an organisation’s triple bottom line? Does it have anything to do with the employee’s rights?

Perhaps all the above and more! A further exploration on the above issues provides some clear indicators on the impact of AIDS to the performance of organisations. Through ill-health and AIDS related deaths, an organisation’s performance is surely impacted - adversely. Increases in medical bills, absenteeism and reduced output come about.

The power of communication in influencing behaviour change is invaluable and indisputable. This means that if corporate communication effectively mainstreams HIV and AIDS preventive information, infection rates arising from risky behaviours will certainly go down, translating to reduced medical bills and a healthier work force, among other benefits. And this will directly contribute towards the realisation of Millennium Development Goal (MDG) number six, while indirectly contributing towards realisation of the other MDGs.

Importantly, mainstreaming HIV and AIDS in corporate communication has the capacity to enhance competitiveness and improve the bottom line! It is not about philanthropy.

The Concept of Mainstreaming HIV Messages in Corporate Communication

Mainstreaming HIV and AIDS in the workplace goes beyond the simple principle of integration. It includes systematically analyzing how HIV and AIDS impact on the organisation; identifying how the organisation should respond and enhancing awareness among staff and stakeholders of the scale of the HIV and AIDS problem and of its implications.

Further, mainstreaming involves putting in place systems to ensure that those infected and affected by HIV and AIDS are accorded the relevant support as well as screening all organization’s programmes to ensure that they are not increasing people’s vulnerability to HIV.

Four key principles of mainstreaming HIV and AIDS in Corporate communication can be enumerated:

• Having a clearly defined and focused entry point – usually the corporate strategic plan
• Mainstreaming within the existing context – not rediscovering the wheel. Such context includes staff forums, e-communication, bulletins and other existing elements of corporate communication.
• Advocacy, sensitisation and capacity building – peer educators.
• Distinguishing between (a) internal domain (staff risks and vulnerability) and (b) external domain (undertaking HIV and AIDS interventions based on mandate or as part of Corporate Social Responsibility - CSR).

Internal mainstreaming is the institutional process through which the organization takes a strong commitment to addressing issues about HIV and the AIDS pandemic. It corresponds to the process of creating awareness among staff of the magnitude of the HIV and AIDS problem and of its impact and motivating them to integrate the epidemic’s prevention in their respective programmes. It also involves influencing behaviour change through innovative communication process.

A caution though: While doing internal communication mainstreaming, care should be taken not to stigmatise staff, discriminate against those already infected, violate human rights of the staff and create gender inequalities and inequity.

Corporate Communication is both internal and external. For the external domain, an organisation undertakes HIV and AIDS intervention based on its mandate or as part of the CSR strategy. In countries heavily burdened by AIDS, it is increasingly becoming an integral part of corporate organisations’ responsibility. And as earlier argued, it entails taking part in the global commitment to stop AIDS and realise MDG number six which commits the world to “halt and begin to reverse spread of HIV and AIDS by the year 2015.”

To mainstream HIV and AIDS in external communication, both traditional and modern methods of communication are utilised. These include bulletins and Journals, internet, extranets, email, annual general meetings, annual reports and accounts, print and electronic media, stakeholder forums, CSR activities and community relations, among others. Surely not rediscovering the wheel at all! And not incurring any extra penny – but contributing in preventing AIDS.

In order to achieve effective mainstreaming, Management’s commitment to HIV and AIDS intervention is mandatory. If the top management doesn’t buy mainstreaming, communication efforts are likely to be stillbirths. It takes the Chief Executive Officer’s zeal in supporting mainstreaming for it to bear fruit.

Behaviour change takes time – hence the need to be relentless. To monitor and evaluate the impact of communication to know the value added in prevention remains a challenge. Quite often, HIV and AIDS messages can create fatigue.

Further, it is a challenge for communication professionals to keep abreast with emerging issues on HIV and AIDS. Where applicable, Greater Involvement People Living With AIDS (GIPA) is a challenge. Due to stigma, staff may not disclose status, hence getting peer educators becomes difficult.

Communication approaches have to remain innovative to overcome these and other challenges that will arise from time to time.

There may be no perfect generic examples of mainstreaming HIV and AIDS in corporate communication because each organisation is unique in its culture and operation. Approaches generally depend on what works best under the organisation’s uniqueness. But overall, the following should manifest in all communication efforts:

Between 27 and 30 December 2006, Kenya Airports Authority (KAA) stationed two HIV travellers’ information call desks manned by peer educators, one each in the departure and arrival lounges of Jomo Kenyatta International Airport (JKIA). They provided Information, Education and Communication materials such as brochures, charts, books and videos. Around the desks, a carefully selected troupe performed skits, chorals and other works of art as a medium of disseminating HIV and AIDS messages.

Corporate communication has its place in HIV and AIDS prevention. Communicators can play a major role in passing the much-needed HIV and AIDS information to various audiences. Indeed, if every organisation did something (no matter how small), the total impact globally will be equivalent to a momentous campaign and the net effect will be glorious. 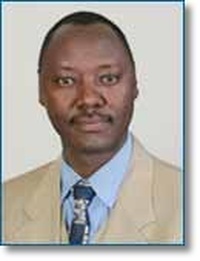