A Rallying Cry for Disarmament


Major international issues require the power of the people, and the power of PR, asserts Deborah Charnes Vallejo, who attended the United Nations DPI NGO Conference in Mexico.


On the eighth anniversary of the September 11 tragedy, 1,300 people from more than 50 countries gathered in Mexico City as part of the 62nd Annual United Nations DPI NGO Conference. The theme was Disarm Now, a familiar topic to many of the participants that had been witnesses to the effects of armed conflict or violence.

While disarmament is complex and challenging, the president of Mayors for Peace, Hiroshima Mayor Tadatoshi Akiba, said at the closing ceremonies that he is "confident we can abolish nuclear weapons by 2020. We have the power, and responsibility, to accomplish it. The message of Hiroshima is no one else should ever suffer." Close to 64 years after the Atom bomb killed 40 percent of its population, Mayor Akiba claimed the success of his city was due to the power of the citizens: a "groundswell of public opinion" can make the difference.

Among the proposed action items discussed at the conference were routine elements of Public Relations campaigns.

"Disarmament must be visible to the public," said UN Secretary-General Ban Ki-Moon. "You can make it happen...rally the world around these areas. The mightiest voice of all is the power of the people."

Marcia Lorena Miranda, a panelist from Nicaragua, exhorted all to involve and mobilize the community.

As successful examples of community involvement, one workshop showcased how art can educate the public and create lasting icons to keep disarmament top of mind. Representatives from The Ribbon International Peace Project, Women’s Caucus for Art and DJs Contra La Fam concurred that when people express themselves through the arts, it changes their thought process.

Conference-goers had their own chance to participate in a community art project. The morning of September 11, a Peace Pole was unveiled in the Alameda, Mexico City’s sprawling park that sits between the Ministry of Foreign Affairs, the Palace of Fine Arts and the Diego Rivera Mural Museum.

As reporters and cameras documented the unveiling of an obelisk inscribed with calls for peace, attendees affixed colorful ribbons with their personal messages. The monument will travel to other venues as a symbol of peace to generate ongoing exposure and participation.

"Whatever you produce has meaning," said one of the artist-activists. "We can create a strong voice – a collective voice."

Jody Williams, a Nobel Peace Prize laureate from the United States, recalled her early experiences with the Cold War. "As a grade school child we’d hear a buzz...crouch under our desk or file in order, calm, into the gym," she said. "I wanted my family to have its own bomb shelter...But would I even want to survive (if) the world as I knew it would be destroyed? It is absurd that any child in the world has to think about that."

All UN NGO members are encouraged to embrace the disarmament goals, now. For more information on the Conference, key dates on the road to peace and NGOs that are involved in disarmament, log on tohttp://www.un.org/dpi/ngosection/conference/ or twitter, . 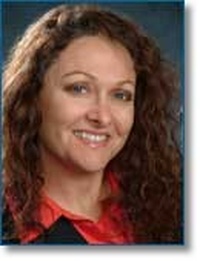