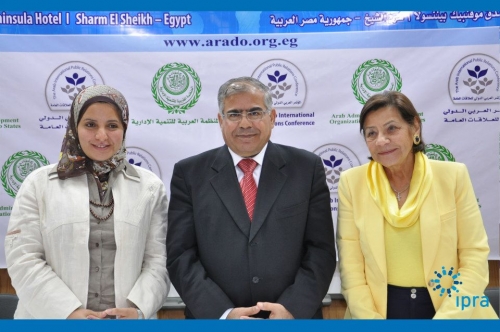 His Excellency Dr. Refaat Al Faoury, Director General of ARADO, Mrs. Rania Abdel Razek, Chairman of the Group of Diplomatic and Tourism Management in ARADO and the general coordinator of the conference and Mrs. Loula Zaklama, a board member of IPRA were the speakers throughout the conference, which also included a videotaped speech for Mr. Christophe Ginisty, Head of the Board of Directors of IPRA.

At the beginning, Mrs. Rania Abdel Razek made a speech and stated: “I would like to welcome our partners at the conference, both institutional founders and sponsors, and I particularly thank Mrs. Loula Zaklama, the past President of IPRA and Chairman of the Scientific Committee of the Conference, I would also like to thank Mobinil (the silver sponsor of the conference) and Coca-Cola Company for sponsoring the conference.

And I would like also thank H.E. Dr. Refaat Faouri, Director General of ARADO for his support and interest in the first Public Relations International Conference; I also thank the media and journalists in Arab and Egyptian newspapers. I appreciate their prominent and important role in transferring the true picture of the events and their message in promoting liberty, particularly the important and prominent role played by Arab media in helping the organization in delivering its message and promoting knowledge among the countries of the Arab World. My thanks go also to all the attendees. 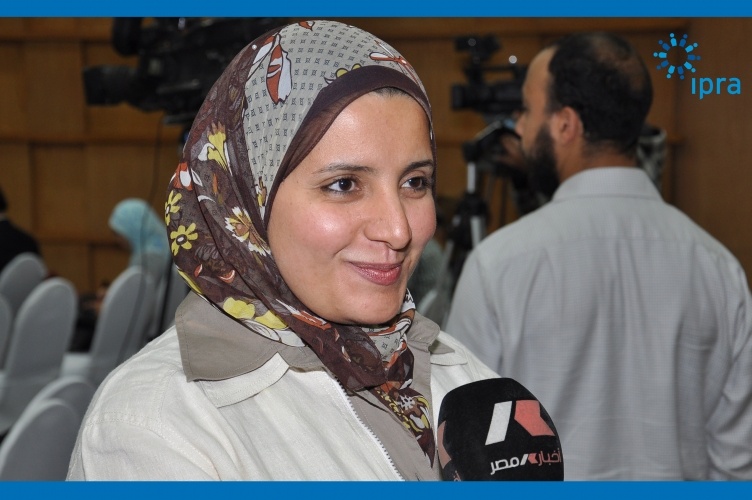 Owing to the belief of ARADO in the importance of the development of the science of public relations that is undergoing a remarkable change, which is evident in schools of thoughts and mechanisms of implementation besides the change of the stereotype image of a public relations executive.

This gives new roles for public relations. As well as the evolution of the media from a read one into an audio and finally visual media and its spread in the world to transfer both picture and news together – known as social media – making the recipient of the news a participant in it, which affects his impression and mind at all levels and in all institutions, this influence may be extended to change the map of consumer behavior and even the investment map of countries, particularly with the focus of media on the areas of crises.

The risk comes here from the difficulty of changing this image after it has been set in minds at the beginning, particularly in the light of crises, disasters and emergencies in any entity, an institution or a country. Public Relations with its new concept have to anticipate rumors, taking into account the ethics of the profession and ensuring the transparency and honesty together.

Due to the foregoing, the idea of holding this conference emerged in cooperation with IPRA at the Arab regional level as well as the international level of the participants, experts and specialists in the field of public relations, which gives an opportunity to exchange regional and international experiences among the participants, a review of the most important practices and successful international experiences in the field of public relations, in addition to hosting the conference of several specialist and public figures in various sectors, especially in investment, communications, marketing, media research and other important sectors.

The conference will discuss some important issues, including the values in the profession of public relations, media transparency, social media, reputation management (performance, behavior, communication), measurement and evaluation of public relations and improving the image of the countries, the importance of communication in crisis management; the conference also will review certain successful experiments about the role of communication in helping the tourism and investment sectors.

For his part, Mr. Christophe Ginisty stated: it is a pleasure to talk to you all even through the video and I apologize I could not attend this press conference. I have been forced to stay in Paris for work reasons. It is an honor for me and IPRA that Dr. Refaat Al Faoury is attending this conference, and I would like to welcome all the journalists participating today to witness the launch of the International Arab Public Relations Conference, and I am pleased to have the opportunity for a partnership with ARADO and the promotion of public relations in the Arab region “This conference is the first cooperation between the Association and the Organization after the signature of a memorandum of understanding between the two parties last year.

He added that this first conference is aiming at promoting the concept and importance of public relations in the Arab world. This agreement is not made to hold only one conference but it is a long term agreement, which would continue as long as possible; we will hold several joint conferences within this agreement and we agreed on organizing training sessions, in addition to workshops that commensurate with the needs of the Arab region. I will attend this conference, which will be held in Sharm El Sheikh. 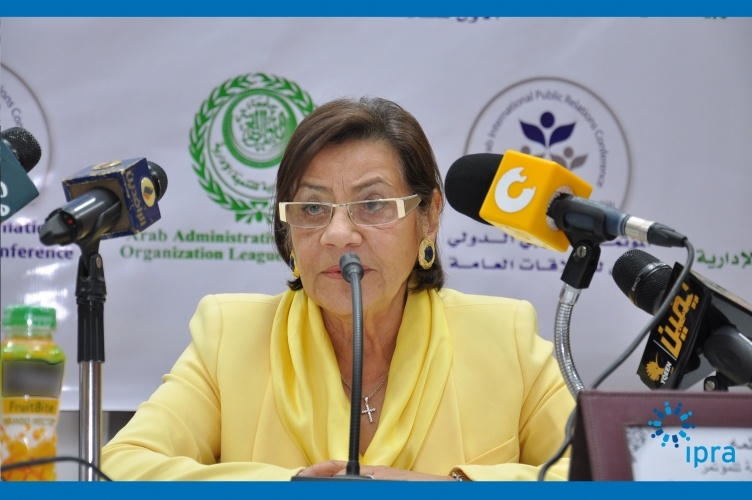 Mrs. Loula Zaklama welcomed the attendees and thanked ARADO for promoting the mission of public relations and facing renewable challenges in the region. Public relations are the back bone of success of any entity: whether it is a country, a person or an association, simply any entity cannot survive or succeed without communication.

Thanks to God Almighty, the efforts of ARADO and the International association this elite of spokespersons from around the world, Arabs and Egyptians are gathering to discuss the role of public relations and the current challenges for which we really need communication. So let us use this profession, which is built on sincere communication, in order to live in a better world.

The conference will discuss important topics and challenges: transparency in media, the role of social media, crisis management, measurement and country branding and the Arab and Egyptian Ministries of Tourism and Investment will participate in this conference.

I would like to thank the sponsors of the conference, the Egyptian Ministry of Tourism, the Activation of Tourism Authority, the International and Egyptian Tourism Chambers, Mobinil and Coca Cola Companies. 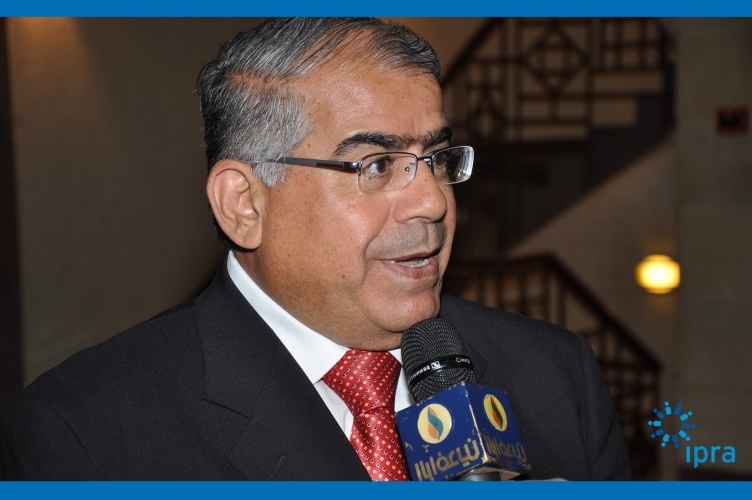 Professor Dr. Refaat Al Faoury explained that the aim of holding this conference is to highlight the importance of Public Relations in the formation of a positive image about organizations, stressing that public relations is the back bone of the success or failure of any entity, be it a country, a company an institution or individuals. The importance of this conference stems from the interest in delivering and clarifying the concept and role of public relations, considering it as a leading force behind the success or failure of any entity, since public relations is the reputation management through the power of communication.

He added: we currently live in a world of public relations, where there are new mindsets, unlimited and sophisticated ambitions, changes are faster than ever, communication and sincere contact are bidirectional, ethics, attitudes, smart and skilled strategies are existent. This is the era of instant communication, where survival is not anymore for only the fittest but for the faster. All communications depend on the values through the delivery of clear and honest messages.

We are in the era of digital revolution and instant messages provided through social media and technology; where free messages are flooding easily and are accessible to everyone. However, this speed is a double-edged weapon as it makes communication cheaper but on the other hand there is no control over recipients. Therefore, careful planning and sufficient timing should be available to develop communication messages. Thus, the public relations professionals can make a better world as communication is a principal part of our daily lives.

We are calling in this conference for the use of public relations in its noble job in terms of creating better communication between nations through combining wisdom and knowledge by removing differences and strengthening relations between all human beings despite their differences of religions and sects.

At the end there was room for the questions of the representatives of newspapers and news agencies. The works of the conference were covered by several local, Arab TV and satellite channels.