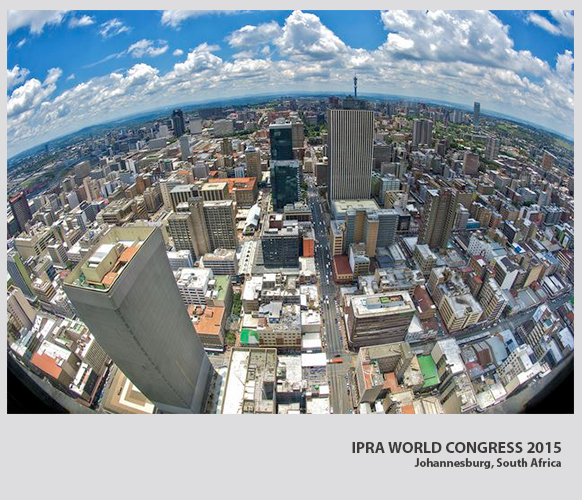 The organisers of the International Public Relations Association (IPRA) and their official partner, the Public Relations Institute of South Africa (PRISA) are delighted to announce the keynote speakers for the World Congress which takes place in Johannesburg, South Africa, 27 -29 September 2015.

The esteemed speakers are:

The IPRA Public Relations World Congress is held approximately every three years and is a major event in the Public Relations calendar. Attracting speakers and participants from many countries, it provides an important focus for the association’s activities and is a major opportunity for adding to the intellectual capital of the profession. PRISA has enjoyed a long relationship with IPRA and its local South African members.

The official opening of the Congress will be done by one of South Africa’s most celebrated singers, songwriter, anthropologist and a musical activist whose infectious crossover music, a vibrant blend of Western pop and African Zulu rhythms, exploded onto the international scene. In France, he enjoys a massive following and is fondly called Le Zulu Blanc – the white Zulu also known as Johnny Clegg.

Johanna McDowell, IPRA Congress Chairman for the 2015 World Congress commented: "It has been wonderful to have the support of South Africa and all of the local organisations in order to host this congress."