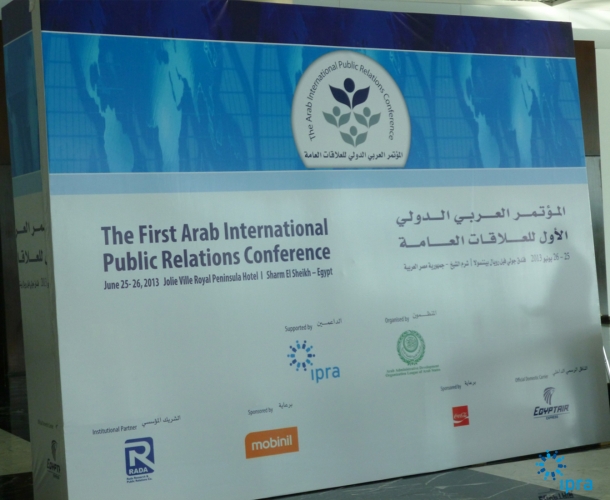 Topnotch leaders of Public Relations were gathered for the FIRST Time in Egypt! - Under the Auspices of the Ministry of Tourism

Cairo, 2013 – The Arab Administrative Development Organization (ARADO) organized the First Arab International PR Conference 2013; in the charming city of Sharm El Sheikh. The conference was organized in partnership with the International Public Relations Association (IPRA) and Rada Research & Public Relations (The technical arm of the conference).

The slogan of the conference was ‘Transparency in Communication’ the Future of International Public Relations? This convention comprised the contribution of international public relations gurus and CEOs to debate the challenging and provocative subject of transparency in communication under the patronage of the Ministry of Tourism and with the honorable presence of H.E. Mr. Hisham Zazou.

With the current challenging nature of the Middle East following the Arab spring uprisings, essential need for public relations is rapidly growing, as it is an effective instrument that will help in achieving the desired objectives during this contemporary transitional phase.

The official grand opening of this conference witnessed the participation of H.E. Mr. Hisham Zazou, Minister of Tourism, Dr. Refat Abdelhalim Alfaouri, ARADO President, Mr. Christophe Ginisty, IPRA President and Mrs. Loula Zaklama, former president of IPRA and IPRA board member. They gave an inside look at the significance of PR in establishing a positive organizational image, underscoring that public relations is the root of success or failure of any entity, be it a state, a company, an institution or even individuals.

Mrs. Zaklama quoted: “This is the era of instantaneous communication. Continuation is no longer for the fittest, but for the fastest, while ensuring that all communication is built on values, through the delivery of truthful and transparent messages”.

The ultimate objective of this conference is to promote for the concept of PR and transparency in communication across the Middle East and the Region.

The fundamental trait of transparent communication; is making the organizations more able to dialogue and understand the environment in which an organization operates in. The most controversial question that was raised during the conference was whether holding the truth is considered lack of transparency? Mr. Helio Fred Garcia, the author of “The Power of Communication” book and Executive Director, Logos Institute for Crisis Management & Leadership in USA, explained that transparency means “not only telling true statements with sincerity and authentication, but also making it accessible and detailed for the target audience to understand the organization decisions better”. He added, “We need before hand, to decide on the scope of information that ought to be known or visible during the decision making process and what lies within safeguards that will be uncomfortable for my target audience”.

Without a shadow of a doubt, transparency builds a trustworthy, long-term relationship with stakeholders even across various regions. On this subject, Christophe Ginisty World President of IPRA highlighted that; there is a direct relation between “Trust” and the growth of “PR”. He explained; “informed people create a trustworthy relationship between an organization and its stakeholders as well as between government officials and its publics’”. He believes that PR is an act of change. He continued saying that, people don’t trust much their leaders anymore, but throughout continues transparent communication people can change their insight about their leaders’.

Nevertheless, Dave Senay the president & CEO of Fleishman Hillard in USA, hammered on the idea that transparent communication and authentication manage the alignment between the brand of an organization and its reputation. He shed light on the main 9 drivers of authenticity, which on top of them is credible communication, as well as management performance, consistency of performance under the umbrella of “management behavior” that has 30% impact on the company’s reputation, while 45% is based on “customer benefits” and finally, 25% is on “society outcomes”.

On the other hand, Rania El Bakry from Mobinil, stressed on the fact that Mobinil was able to recognize the true powers of social media and struggled to adapt to this dynamic new medium and how they took advantage of the opportunities it presents. She added: “We were able to portray a brand personality for Mobinil via great interactivity and continuous engagement with our fans on social media until we reached 2.1 million fans”.

Finally, H.E. Mr. Hisham Zazou, said, “In view of the fact that Egypt is a tourism-dependent country, now we are in immense need of continuous communication with our stakeholders to regain our visitors”. He continued saying that, “we are currently doing a lot of public relations’ campaigns, to reassure the world that Egypt is a safe touristic destination because people are afraid from what the media is demonstrating and unfortunately it makes them reluctant to visit Egypt”.

This outstanding convention, sponsored by Mobinil, Coca-Cola and Egypt Air, was held in Egypt for the first time and witnessed great success despite the challenging circumstances. 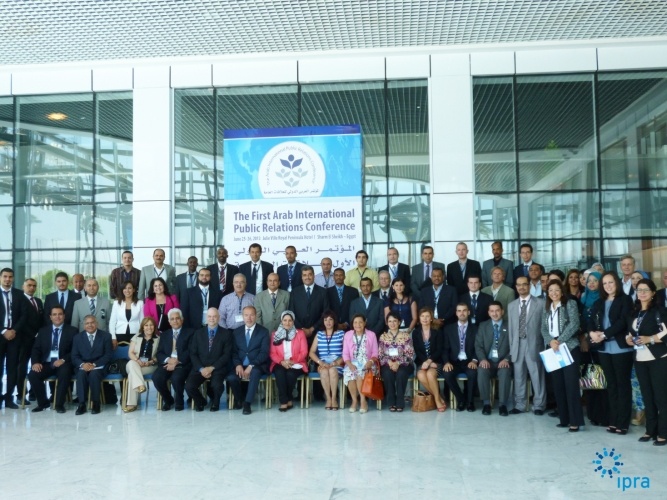 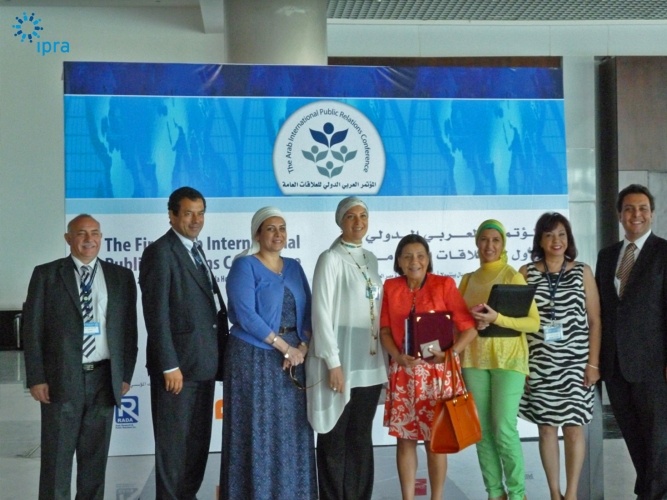