The True Scale of PR in Russia

The value of the Russian PR market reached $2.5 billion in 2008. This finding, revealed by the Russian Communications Consultancies Association (AKOS), comes from the country’s first ever market volume study which provides official financial data for the PR industry in Russia in 2007-2009.

It is the first time in the almost 20-year history of Russian PR that a study has been conducted to find out the size of the market.

The Russian PR market developed rapidly in 2007-2008. The actual growth was $750 million (from $1.75 billion in 2007). However, AKOS predicts that for 2009 market size will reduce by 28% to $1.8 billion. PR budgets of automotive and construction sectors will drop by 80% in 2009. FMCG and state-owned enterprises will be impacted to a lesser extent (by 15-20%). The forecast is more optimistic regarding pharmaceutical and IT sectors, which will either fall insignificantly or stay at their 2008 level.

The 2008 figure represents 43% growth over 2007. The growth might have been even more impressive were it not for the onset of the economic downturn.

Now, the expectation is that this year the market will fall back to the level of 2007. But some PR practices continue to enjoy strong demand despite the current situation, e.g. marketing PR B2C, as well as corporate and crisis communications have seen growth in 2009. However, the demand for marketing PR B2B will decline.

PR accounted for less than 10% of average total companies’ marketing costs last year. But for some sectors, primarily finance and credit, business services, as well as IT and telecommunications this share was as high as 20-30%.

Outsourcing share (PR agency involvement) remained relatively stable in 2007-2008, and will keep its present level in the future. Average outsourcing budget was 40-41% in big companies in 2007, and 37-38% in 2008. According to the forecast, it will maintain the same level in 2009. But the number varies from 5 to 20% of PR budgets depending on the industry. High outsourcing share (80-90%) is only observed in big Western companies working in Russia.

Most PR agencies in Russia provide a full range of services to their clients. Rare services are: healthcare communications, investor relations, litigation communications, corporate social responsibility, sports and event marketing. The range of agency fees is assessed at $200 - $500 million. The share of non-institutionalized consultants reaches $30 - 80 million.

Average share in the budgets of different PR practices in 2008:

The PR market study is based on the combination of results of the Russian PR market research conducted by the research group of the agency “NICCOLO M”, as ordered by AKOS in November 2008 – March 2009, and the opinion of AKOS experts.

• PR market volume – cumulative PR budgets in Russia, including implementation by both PR-agencies and in-home PR departments/press-offices. The number includes all PR costs, among them PR professionals’ and third-parties’ expenditures necessary to implement the campaign, e.g. rent of premises for events, production of materials, etc.
• PR practices – PR practices classification according to The Paul Holmes Report used for agency ratings.
• PR services market volume – market of the services provided by agencies, including agency fees and overhead expenses of third parties. 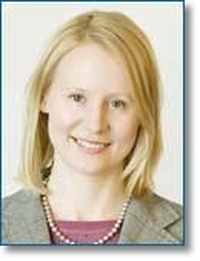