Lessons from the Death of a Princess


Ten years ago Britain mourned the death of Princess Diana, with an unprecedented emotional outburst. The events of the week that followed led many to ask: are those holding the reins of power really in touch with public taste? Alan Lane looks at how her un

The news filtered through in the early hours of a quiet Sunday morning. Diana, Queen of Hearts, the People’s Princess, was dead.

The death of Diana, Princess of Wales, in a brutal Paris car crash, left a mixture of emotions. More than that, it left a debate in many circles on the complexities of modern life.

To some, the passing of the mother of the heir to the British throne opened deep cracks in the relationship between those in power and the people. To others, it was a death too soon at the age of 36; a caring, emotionally mixed-up shooting star who lived life on the edge, had been finally hounded to her grave by a posse of media monsters and a perceived indifferent Establishment.

Arguably the most famous, most photographed woman in the world represented a parable of our modern times. Her death opened up a whole new chapter on the term ‘relations with the public.’

An extraordinary week began to unfold. Close to two million people attended her funeral, which was watched on television by millions around the world.

Diana’s passing had for some a Shakespearean tragic element. The friend of kings, queens, millionaire playboys, of victims of landmines and AIDS had been snuffed out – “like a candle in the wind,” as pop star Elton John had sung to an obviously moved funeral congregation.

Diana’s ability to touch public feeling across the world could not be denied. As one wry columnist and TV presenter said in a tribute: “she wasn’t just beautiful, it was like the sun coming up.”

Perhaps that was the real issue: her ability to be in touch with modern public taste.

Ten years on, it is worth asking what really was behind this extraordinary response to the death of a princess.

For sure, it signalled irreversible change in public opinion on what would be tolerated.

Thousands of mourners gathered around the Queen’s London residence Buckingham Palace cast the first stone of public dissent. They became restive, wanting a more public showing of mourning from the House of Windsor. The media responded, generating live street interviews and headlines reflecting this public discontent.

This whipped up pressure on the Royal Family, withdrawn from the public eye in mourning with Diana’s sons, William and Harry, at their Balmoral estate in Scotland. Being hundreds of miles from where Diana’s body lay in London, they were seen, perhaps unfairly, to be ‘out of touch’ with events.

One media columnist spoke of a “geological pressure exerted on the Royal Family by the media in the name of the people.”

What became clear was that a major shift had taken place in the public’s view on the role and authority of the monarch. An opinion poll showed only one Briton in eight wanted the monarch to carry on as at present. Eight out of ten thought the Royal Family had lost touch with the people. It was easy to suggest revolution could be in the air.

Many believed that without doubt, those advising the Royal Family had clearly failed.

We can assess in hindsight how the Royal Family moved quickly towards damage limitation, advised in part by newly-elected Prime Minister Tony Blair – himself a natural communicator.

Prince Charles talked of greater accessibility to the monarchy and wide-ranging reforms to regain public support lost. Opinion research bravely commissioned by the House of Windsor after the funeral was used to test public feelings. Its findings were perhaps not surprising, reporting that the royals were seen as “remote, out of touch, wasteful, not genuine, lacking in understanding, poor value for money and badly advised.”

The Queen and Royal Family came south to London early, went on walkabout amid the flowers, and extended the funeral route so more people could take part. In a hastily arranged live broadcast, the Queen addressed the nation.

What had become clear is that a tragic death in a Paris underpass had in many ways, forced the hand of those in power.

Looking back, some would say public response to Diana’s death was a fleeting reaction which has not stood the test of time; that her grip on the national consciousness is a fading memory.

Yet her death has left many lessons for those advising on communication practice – including a Royal Family which no longer appears to look decades behind the times.

• The world has changed.Public dissatisfaction with the Royal Family predates Diana’s death, but it was magnified by her passing in a way totally unforeseen. People of all colours, creeds and walks of life showed their ‘personal agenda’ can become the ‘public agenda’ if the support is there. Diana stood for a world challenging a power system seen as antiquated and outdated, a system run, as she put it, “by men in grey suits.” Honesty and openness is now confronting evasion and secrecy; people want more control over their lives and what affects them.

• Misreading the public mood. The outpouring of emotion following Diana’s death mirrored a world of people unafraid to show how they feel. The British usually avoid public displays of emotion. This time, they threw the rule book away. Some 70 per cent of the public who signed the books of remembrance set out by the Royal Family were women. A subtle feminising of public response suggests old standards of behaviour are no longer acceptable or at least have to change. As one public affairs commentator pointed out: “They (the Royal Family) have to understand that the duty, protocol and heritage thing is dead. The stiff upper lip went out of the window years ago.”

• People want a figurehead. In a confusing, constantly-changing world, people look for role-models or assurances that their concerns are understood. Diana was a potent communicator who had enormous effect – whether attacking the Royal Family on television, or helping the poor and the sick. She was in touch with the changing public mood. Dazzling but flawed and vulnerable, she appeared to understand and more important, represent the problems of ordinary people. Said one columnist: “Princess Diana was so unbelievably popular because she had a perfect understanding of these things.” Another said: “People want leaders to look up to and respect at a time of crisis and they don’t have at the moment.”

• Figureheads need to go public. Those in positions of power can no longer retreat into their world and withdraw from accountability. People want to see them reacting and responding to public concern. One columnist suggested that the Royal Family “have to view themselves as any other sort of brand which interfaces with the public.” Another said: “The palace initially misinterpreted the public mood. They didn’t see that protocol must be overruled by common sense and have been forced to perform a very public U-turn.”

• A revolution in attitudes to authority. The public view of governments, corporations and even the monarchy has changed in many cultures. Long established respect and deference is being questioned. It now has to be earned by clearly demonstrated behaviour and effective communication. Exxon found that out when the Valdez tanker went aground in Alaska causing a major oil spill, while public unrest over Pan American’s handling of the Lockerbie air disaster was partly responsible for the airline’s demise.

• What you say (or don’t say) is all important. By assessing the public mood and planning its communication much earlier, The House of Windsor could have offset much of the criticism it faced.

• Don’t ignore the messages. The media is not always a true barometer of the public mood. Sometimes it mischievously and irresponsibly tries to create it. But its power to reflect what is being thought or said should never be underestimated.

• We live in a visual age. Television has become the global messenger. People want to see their fantasy or reality.Diana provided the best of both – her life became public property, a TV soap with all the drama that was watched around the world. Television is a world of intrusion, where no human emotion or situation is so private or precious that it should not go on public display for the rest of us. It therefore needs to be handled with care.

The death of Diana, Princess of Wales, was a turning point as well as being, according to media tracking sources, the biggest news story in terms of coverage for more than 100 years.

It reflected people wanting change and demanding a response from those with influence. It ushered in wide-ranging reforms on the practices of the media, driven by public opinion. Perhaps more important, it held up the mirror to reflect changes in public expectations and how society had moved on.

Time will tell whether this change has any lasting effect; whether public opinion has made a seismic shift or whether it was just part of a blip in a nation’s emotional consciousness; whether those in power will continue to heed any lessons learned.

Yet at the time, in communication terms and in so many words, people were saying to the House of Windsor: “welcome to the 21st century.” 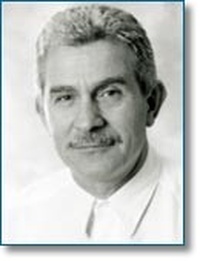 Alan Lane, (along with Ulrich Gartner) is a founding member of InfiniteLatitude.